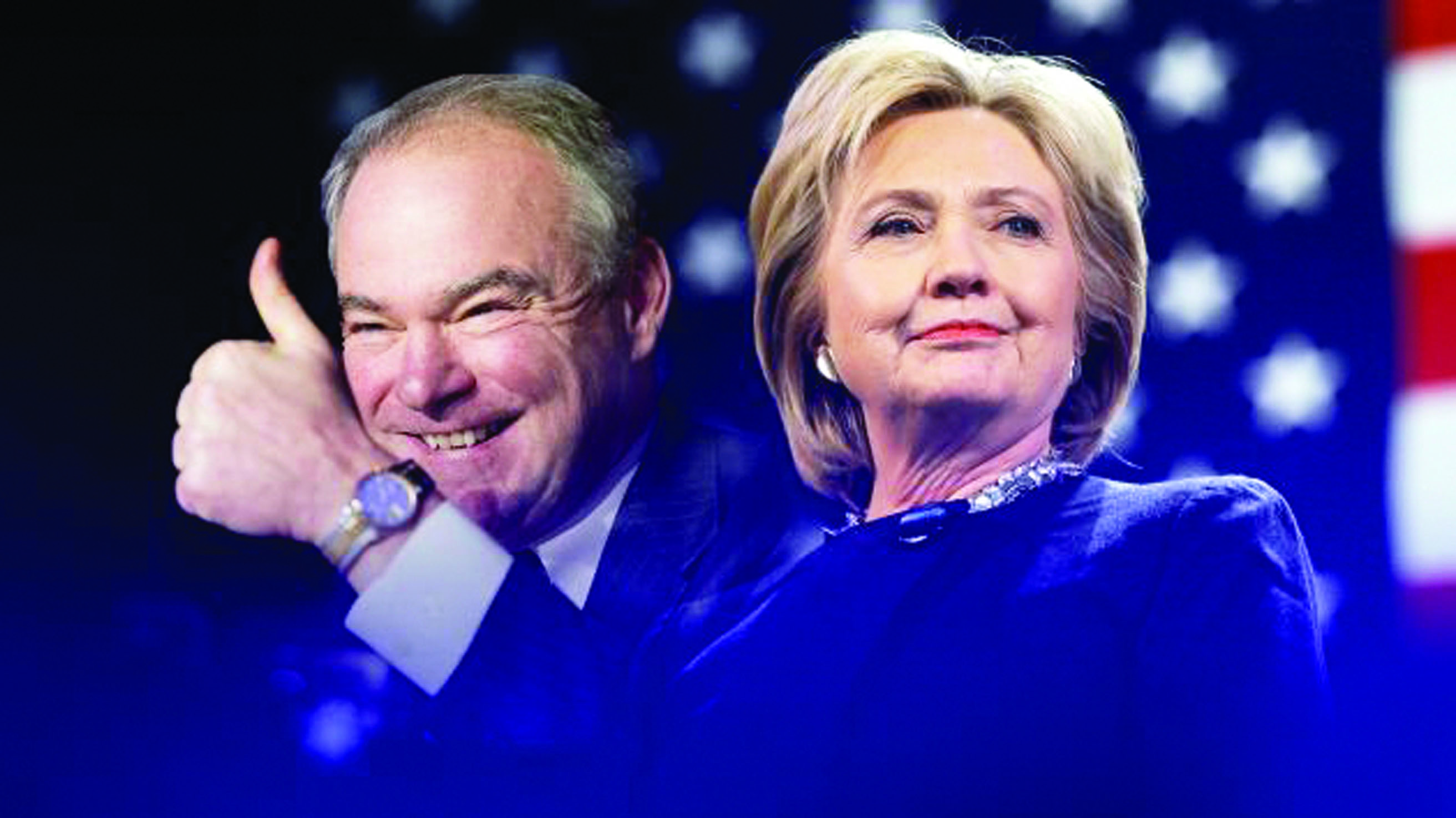 Democratic vice presidential nominee Tim Kaine, 58, has been involved in civil rights for many decades. Kaine moved to Richmond after graduating from Harvard Law School, and unsuccessfully applied for a position with the law firm owned by Henry Marsh, the city’s first mayor of color and a civil rights lawyer.

Marsh recently said in Newsweek, “He was interested in being a civil rights lawyer. I couldn’t afford him, so I referred him to another law firm that had more resources.” At another law firm, Kaine specialized in housing discrimination cases and won a $26 million lawsuit against Nationwide Insurance for refusing to offer insurance to homeowners of color, a discriminatory practice known as redlining. Mother Jones magazine said, on July 7, of Kaine’s win in court as a housing discrimination lawyer, “He won that case and quickly became one of the few attorneys in Virginia focusing on fair housing, which would later constitute, by Kaine’s estimation, 75 percent of his legal practice.”

Kaine joined a Catholic church in Richmond where most of the parishioners were people of color. He sent his kids to integrated public schools in the early 1970s. His father-in-law, Linwood Holton, had integrated Virginia’s schools as governor in the early 1970s. John V. Moeser, a professor emeritus at Virginia Commonwealth recently said in The New York Times, “Not only were they committed to integration, they lived it.”

Kaine won a city council seat in 1994 and was elected mayor of Richmond four years later. ACLU Executive Director Claire Guthrie Gastanaga said of Kaine’s triumph, “It was a statement … about his ability to reach across demographic and ideological lines.” While Fox News recently criticized Kaine’s nomination and accused the media of giving him “kid glove treatment, ” a July 22 report by The New York Times noted, “The day after Barack Obama became the first African-American to win the White House, Time Kaine, then the governor of Virginia, visited a civil rights memorial in Richmond. There, in a former capital of the Confederacy, he summed up the history-making moment in four words.”

Ol’ Virginny is dead,” said Kaine, who has served as mayor of Richmond, lieutenant governor, governor, chairman of the Democratic National Committee and now senator. “At heart, Mr. Kaine, 58, is an old-fashioned liberal, dyed in the wool,” The New York Times noted.In 2007, Kaine became the first Democratic governor outside Illinois to back Barack Obama. In 2013, he made Senate history with a floor speech entirely in Spanish. Kaine’s allies argue that he is more experienced at threading political needles without alienating people.

Civil rights aside, Politico asked on May 17, (months before Clinton picked Kaine as her vice presidential choice), “It’s how the Virginia senator would do as an attack-dog running mate that’s still in question.”A top official who worked with Kaine when he chaired the Democratic National Convention said, “What he’s not is an attack dog. He never enjoyed that part of the gig as chair of the party. It’s not his natural disposition. He’s a thoughtful guy who likes to play in the world of facts and policy. He doesn’t shoot from the hip, and he’s not a sound-bite master.” Of Kaine, who won Virginia’s governor’s race a year after Bush had carried Virginia by eight points, Mother Jones magazine noted, “For a cautious candidate like Clinton running against a loose-cannon opponent, the reliable, quiet progressive might be the logical choice.”