“Lynching” is a term and practice traced to Charles Lynch, who lived in Virginia’s Bedford County, a state militia colonel during the American Revolution who used the practice to punish Loyalists to the British crown.

On October 2, 1864, rebel troops repelled a larger contingent of Union Soldiers, including members of the 5th U.S. Colored Cavalry.

According to historical accounts, the following day, Confederate soldiers killed a number of the wounded Black troops who were being held as prisoners at nearby Emory and Henry College. It was called the “Saltville Massacre.”

Barbara Johns, in 1951 at age 16, led a student walkout at Robert Russa Moton High School in Prince Edward County to protest the deplorable conditions of the facilities used by Black students. The walkout eventually led to a lawsuit that became part of the historic Brown v. Board of Education case.

Eight years later, after federal courts ordered the city of Norfolk to reopen six all-white schools, the Norfolk 17 were the first Black students to desegregate the Norfolk Public Schools.

According to Critical Race Theory (CRT), these are historic examples of how state-imposed laws and institutions were used to oppress and deny Blacks their civil rights.

The Governor nor any member of his administration has yet to explain what that means.

But opponents of Youngkin’s order say the historic entries given above would be subject to banishment from public school textbooks or in instructors’ lectures.

So earlier this month the National and Virginia NAACP and other civil rights groups joined forces to launch a new campaign in response to Youngkin’s Executive Order and the “tip line” he set up to allow parents to report “inherently divisive concepts.”

The civil rights groups say they want to preserve the teaching of Black history against what it called a “whitewashing” by Youngkin.

Their initiative is called “Black History is American History” and it is a joint project of the Leadership Conference Education Fund, the NAACP, and People For the American Way. It includes a form for residents to share stories of support for an “inclusive curriculum,” that can be sent to to the Governor.

The groups are urging Virginians to tell Youngkin that it is time to confront the nation’s history of racism in the classroom.

“In fact,” he continued, “you become a more well-rounded individual when you understand some of the intricacies of not only where you live, but the history of what’s transpired right here right now.”

Amy Tillerson-Brown, Education Chair for the Virginia NAACP and Dean at Mary Baldwin College for Women, said Youngkin has failed to even define “inherently divisive concepts.”

“It is a racist dog-whistle he is using to appeal to his political base of support,” she said. “What he is aiming to do is white-wash and erase the parts of Black History that white people define as disturbing and making them uncomfortable. At the same time, he is working to remove the truth of our Black and American history from our classrooms. That must be stopped.”

“There were no signs on water fountains that said rich only; instead, whites only.”

Because it was the race that determined access to certain schools and jobs, Tillerson-Brown says she’s worried stories like this one could be deemed divisive and prohibited from being taught in Virginia schools.

The Virginia Superintendent of Public Instruction Jillian Balow released an interim report on Feb. 25, identifying concepts and programs found to be “discriminatory” and in violation of the Governor’s executive order banning Critical Race Theory and divisive concepts in schools.

In a letter to Gov. Glenn Youngkin and Education Secretary Aimee Guidera accompanying the report, Balow said that “divisive concepts” are those that advance “any ideas in violation of Title IV and Title VI of the Civil Rights Act of 1964.”

Emails sent by the New Journal and Guide to the Governor’s Press Office and the Department of Education’s Media office seeking an interview to allow them to explain what are “inherently divisive concepts” have not been answered.

The Virginian Pilot, Washington Post, and NPR are among a dozen media outlets that have sued Youngkin recently over his administration’s refusal to release records related to a tip line he established for parents to report school officials who are teaching “divisive” subjects or otherwise behaving in ways deemed objectionable. 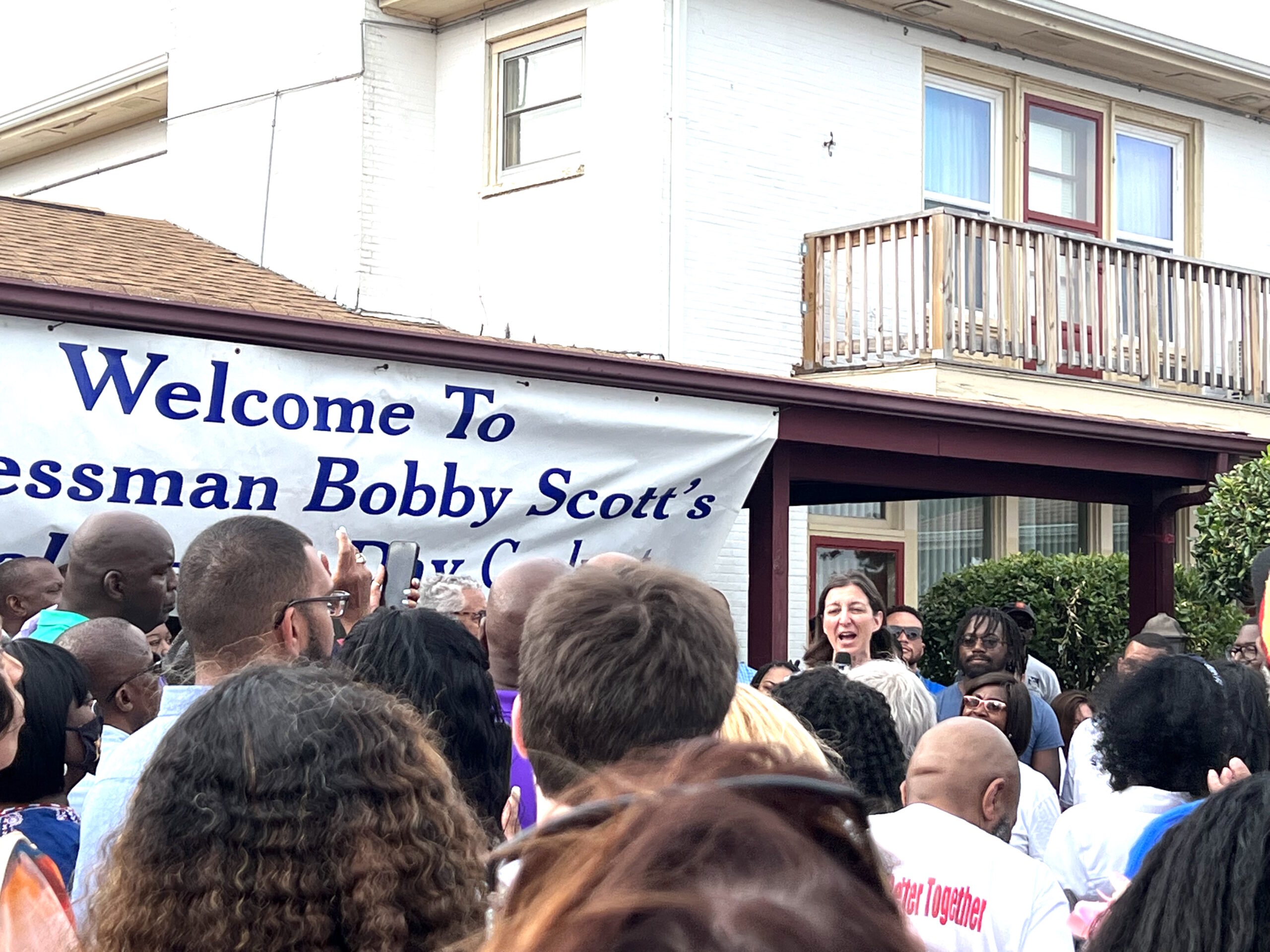