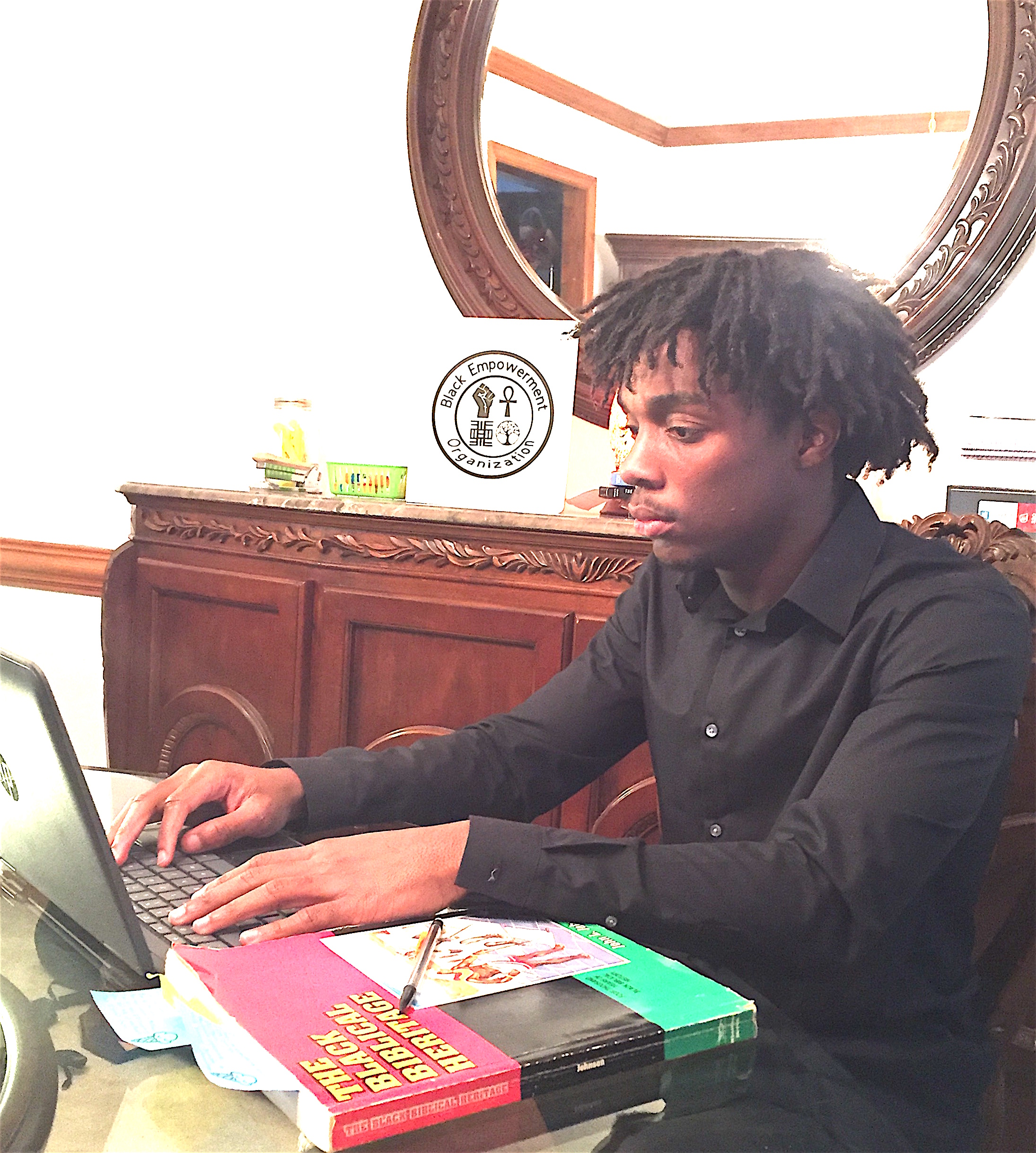 The pandemic generated by COVID-19 has revealed a variety of long-standing biases, disparities, and weaknesses in the fabric of the quilt of American society.

It has revealed the physical and economic vulnerability of the poor and people of color.

The emotional toll of isolation and its effect on the the elderly, and youth have been highlighted as well.

It has cast a light on the limitations of the nation’s healthcare system, as thousands die as a vaccine to combat the virus has been discovered.

Educationally, many poor and Black children may lose pace now that remote/virtual learning has replaced in-person interaction with their peers and teachers.

But a group of high school students in Chesapeake has discovered a positive means of overcoming educational and social isolation as they seek to enlighten themselves on past and current Black history and culture.

In June, during the height of the first wave of COVID-19, Grassfield High School senior David Smith led students from Deep Creek and Great Bridge in Chesapeake in forming a virtual educational and social network they called Black Empowerment Organization (BEO).

According to Smith, the seed for the creation of BEO was planted in his head while he was in middle school.

So, David Smith decided to help fill the void by creating the “Black Empowerment Organization,” a group that meets remotely to discuss and dissect Black history.

“I discovered a lot of history on Black people was left out of the books,” said Smith. “Our history has been neglected. Now we want to discuss and talk about it, so we can educate ourselves.”

This view by Smith and his colleagues who range from freshmen to seniors, echoes complaints that Black educators and parents have made for years about the lack of civics and in-depth study on African American history in public schools.

Smith said one of the most striking historic trends is the disrespect and marginalization of the image of Black people via art, entertainment and literature.

“The media has portrayed our people so negatively,” said Smith. “You only see African Americans selling drugs and committing crimes.

Rappers only talk about violence and sex in their music. You never see Black people functioning in a good and strong social and family structure or our community being respected.”

Smith said the African American community has been impacted negatively by internal forces such as rap lyrics, a dangerous gang culture and the idea that being educated is ‘acting white’.

Smith said there are now 22 members of BEO, but students from schools in Norfolk and other school divisions in the region are seeking to join.

BEO calls a virtual meeting three to four Fridays a month for about 40-plus minutes.

He said not only are there virtual group discussions where there is a dissection of current and past Black history, but adults with expertise are also invited to lecture on various topics and issues.

Adults who have been invited to engage the group include John Gresham, who graduated from Virginia State University, and attended the Virginia Union School of Divinity, Justin Blu, an author, and Ariana Benson, 2019, a psychology major, and Spelman Valedictorian.

Smith said he and his colleagues have organized socially distanced, in-person events as well

He said they came together to hand out goodie bags to homeless people in collaboration with a local ministry. On November 3, they held a watch party for election night. BEO colleagues are pleased with Biden’s success at the polls.

“We were also very happy with the election of California Senator Kamala Harris, as the first Black person of South Indian and Caribbean dissent as Vice President,” said Smith. “We have put trust in Biden and

hope his administration will have a positive impact on our community.”

Smith said he plans on following in the footsteps of

Vice-President-elect Kamala Harris by enrolling in her alma mater, Howard University, after a recent tour of the historic campus in Washington, D.C.

After an undergraduate study in Political Science, he wants to earn a Law Degree to power his activism later in life.

The activities of BLM and criminal justice issues impacting Black people have been a fixture in the debates and discussion among his BEO network.

Smith said his group held a debate on the structural reforms promoted by the BLM movement including the defunding of police, which he rejects. His father is a fireman and he believes other options

should be considered to deter police violence against Black people.

Smith said after he graduates, he will continue interacting with the BEO and will pass the torch on to a new leader and help it expand and sustain its footprint in the coming years.

In 2012, Audrey Williams helped establish the Hampton Roads branch of the Association for the Study of African American Life and History (ASALH). This is a national group which collects, interprets and shares history on Black history.

“I am excited…I think it’s fantastic that young people want to know their history and discuss it,” said Williams. “Too many of them do not want to hear about it…’that’s in the past’ they say. I want to work with them, to discuss not only American history but its

beginning in Africa. They need to know all of their history and not from people who do not respect or know it.”