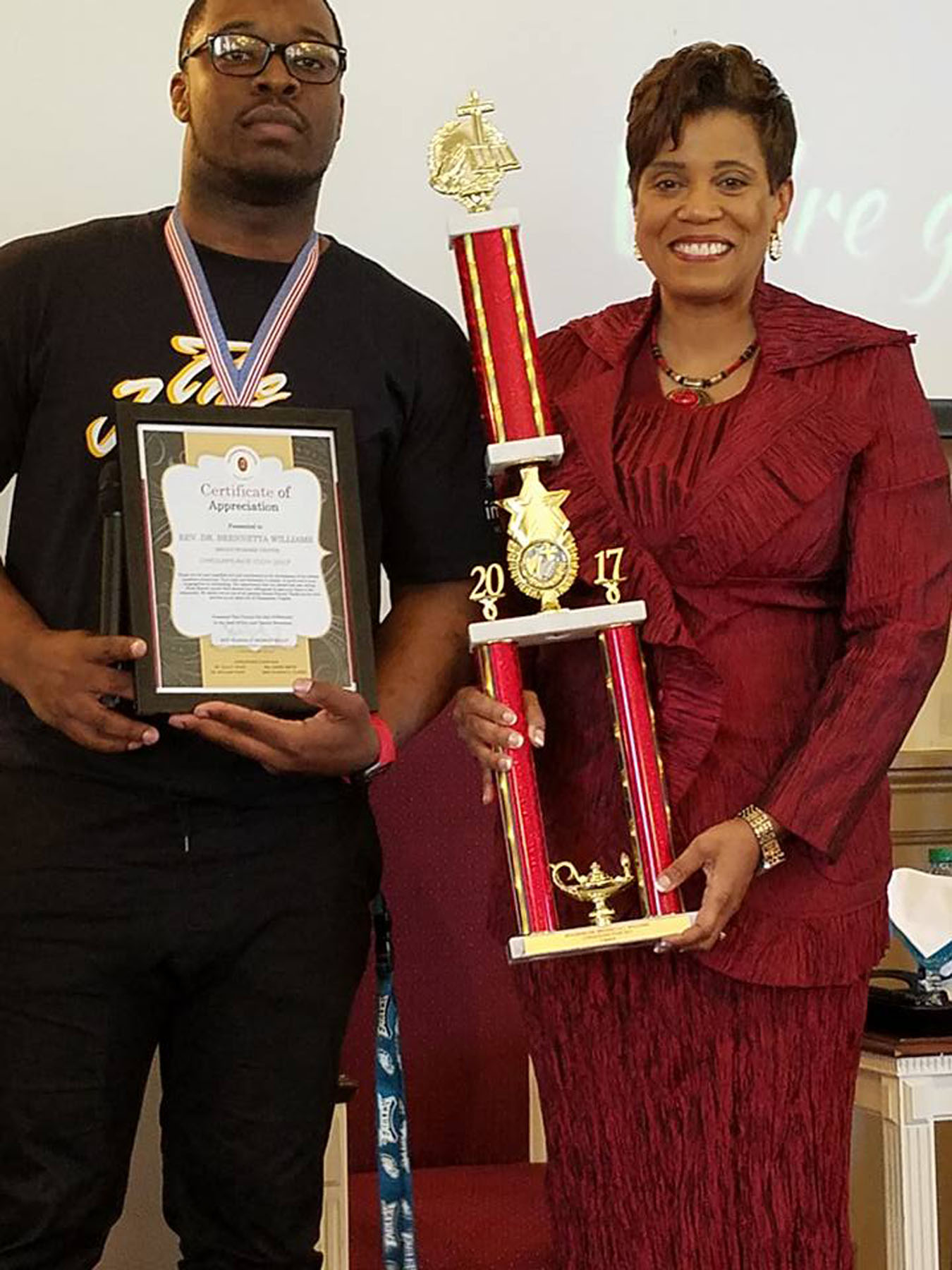 CHESAPEAKE
On Sunday, February 26, 2017, CMM 2K and G. Paris Media Group presented Dr. Brennetta Williams, Pastor, Impact Worship Center, Chesapeake, Va., as an ICON of Chesapeake for her outstanding service provided to youth, to women and to the homeless.

The 2017 project has been expanded to include Black History Month and beyond to give recognition to individuals throughout the year who have contributed significantly to the African-American community.

Other awards will be presented to March Cromuel, Congressman Robert Scott, Dr. Dwight S. Riddick, Sr. and Kenny Easley from March to August 2017.