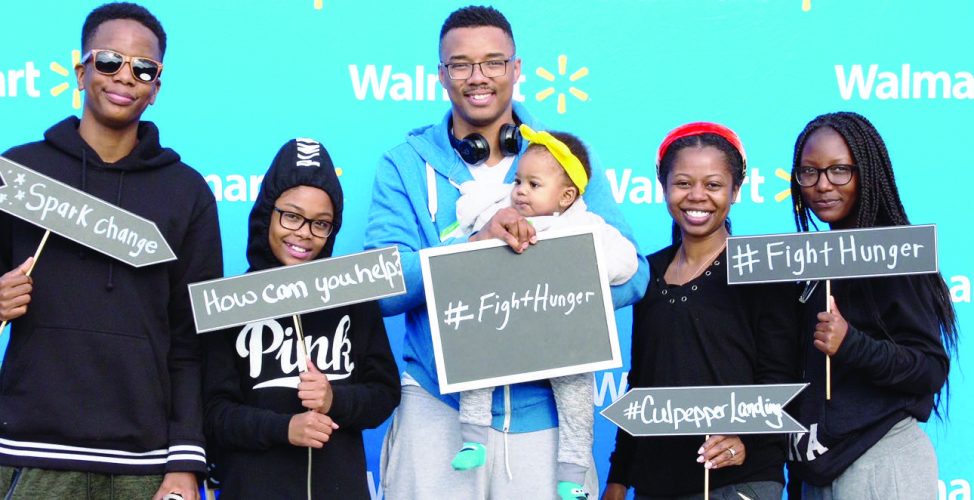 Community leaders in the Chesapeake area of Hampton Roads gathered in the neighborhood of Culpepper Landing on April 19 to discuss issues related to hunger and food insecurity, followed by a fun and free Block Party for the public.

Walmart created the event in partnership with Nextdoor, a social networking service for neighborhoods, to celebrate the Culpepper Landing community’s support for Walmart’s “Fight Hunger. Spark Change.” hunger campaign running from April 2-April 30. The campaign is led by Walmart, Feeding America and the Foodbank of Southeastern Virginia and the Eastern Shore.

“This was a fantastic event and we have received such great feedback from the participants,” said Dr. Jones Nichols. “There’s a strong consensus that we should continue the conversation at community tables throughout our service area and we are committed to doing just that. Thank you for affording our Foodbank an opportunity to participate in and benefit from this endeavor. This seems like the right way to #FightHunger and #SparkChange.”

“For us, it’s about learning from members of our community and partnering with the Foodbank of Southeastern Virginia and the Eastern Shore,” said John Page, Market Fresh Operations Manager for Walmart. “We’re committed, not just during the campaign, but every week of the year through our food donations, grants and capacity-building efforts to finding solutions to end hunger.”

The 5th annual “Fight Hunger. Spark Change.” campaign runs through April 30. Walmart is asking is 140 million weekly shoppers to support the campaign online and in-stores to benefit Feeding America, a network of 200 local food banks, and the one in eight people who battle hunger in America. For more information, visit walmart.com/fighthunger.