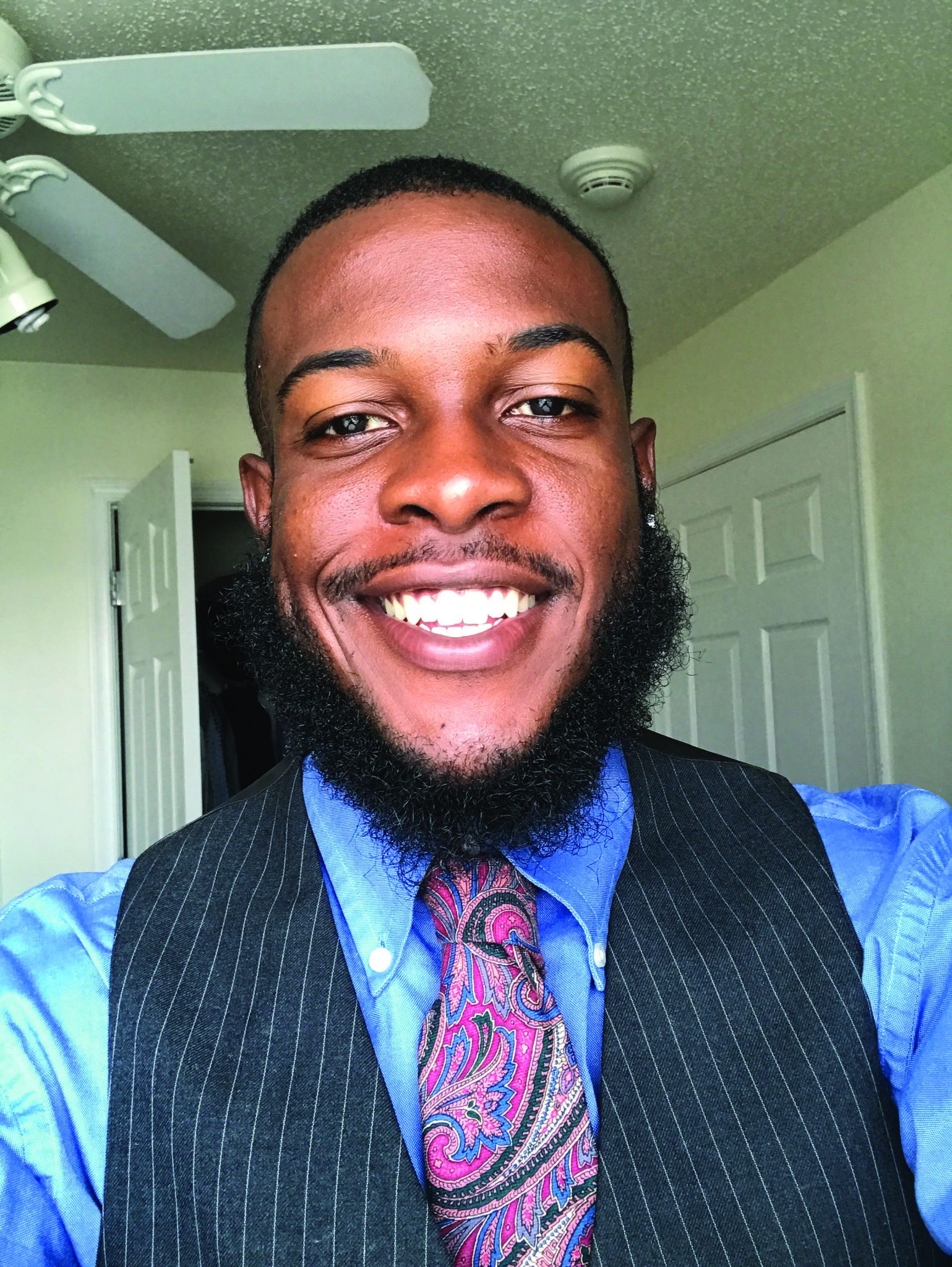 A month ago, counterprotestors confronted a coalition of White Supremacists, protesting the removal of a General Robert E. Lee statue from a park in Charlottesville, Virginia.
Montae Taylor, a student at Old Dominion University, was one of those counterprotestors left with bitter-sweet memories of that day.

He recalls “all of the goodwill and love” demonstrated by his fellow marchers as they confronted the hostile chants and the violence hurled at them.

Among the counterprotestors from all over the state and nation was activist and academic Dr. Cornell West.

Taylor recalls walking and chatting with West who was at the march because, Taylor said, West “was worried and cared about his people.” Both talked about the meaning of the event and how it inspired them.

Apart from the racist words hurled by the opposing side, he saw how well armed many members among the White Supremacists were with their guns, bats, shields and spray cans of obnoxious substances they brought to use against him and his unarmed comrades.

Taylor observed the police, who he said were very restrained, interfering only at times to break up fights. They ignored White Supremacists seeking to provoke counterprotesters, especially Black ones who were alone, but they avoided counterprotesters in groups.

He recalled National Guard troops who were quick to take a posture of confrontation with their weapons, toward the peaceful and restrained counterprotestors.

But they ignored the hostile actions of members of the various factors of the supremacists.

At one point, he saw a glimpse of Heather Heyer, a 32-year-old legal assistant with a law firm which champions civil rights, moving along in the crowd nearby with her friends.

Suddenly, he said, a car rammed into the peaceful group of people Heyer was walking with, causing bodies to fly into the air and fall to the ground.

The next images he recalls were people scrambling to assist the injured and the weaponized car retreating.

The last images he had of Heyer was her motionless body being loaded into an ambulance by emergency personnel.

Later he heard of her demise, but her legacy in history was written that day.

Taylor is the Vice President of Virginia State’s NAACP Youth and College Division. He is also Vice President of the ODU Chapter of Brother2Brother, a group formed by President Barack Obama to support the educational and social growth of young Black men.

He is majoring in Sociology and Criminology Concentration and has designs on becoming a civil rights lawyer.

Taylor also is an entrepreneur, as Co-Owner of Tae’s Honey, an organic honey production company he started in the 8th grade.

The enterprise is an effort to enhance the quality of agriculture which plays a role in the produce provided to low income areas and to teach young people the advantages of not only having a healthy ecosystem, but also how to be an entrepreneur.

Taylor said his passion for public service and work with the NAACP was spurred by the rash of police shootings of unarmed Black men. It has drawn him to activism and “giving back to his community.”

In Charlottesville, he was baptized by the most threatening and turbulent waters of civic activism. Incidents he had only read about or viewed in Black and white images on a screen.

But not only are the recent Charlottesville events inspiring his activism, the efforts of his ancestors two generations ago bring their time on earth, to his.

His great-grandparents, Luther and Delphia Washington filed the suit to get their children, Barbara, Hilda and Luther, Jr., into the all-White New Kent School. The G.W. Watkins School was the county’s all- Black school.

When the county applied the “Freedom of Choice” plan, no Blacks applied to enroll into the all-White school until 1965, when 37 Black students were granted permission to do.
During that school year Black students reported harassment, being ignored by the White faculty. The following year over 100 Black students transferred.

Taylor said his parents did not have to fight the battles waged by his grandparents. Like so many of their generation, they benefited from such efforts. But they educated him on their legacy and works.

So now at age 21, Taylor is now taking up the torch his grandparents lit for him two generations before.

Dr. King and Malcolm X are two activists of the past along with his grandparents whom he admires who waged civil rights battles.

Taylor’s Brother2Brother program often presents educational and cultural programs for area youth. The programs emphasize history, a subject both adults and youth are so woefully unaware of despite all of the books and other media available to educate them on it.

“He said America is a child with a dirty diaper,” said Taylor. “We keep wondering about the smell, but do not know where it is coming from. Until we find out what happened, we will not be able to clean up the mess.”