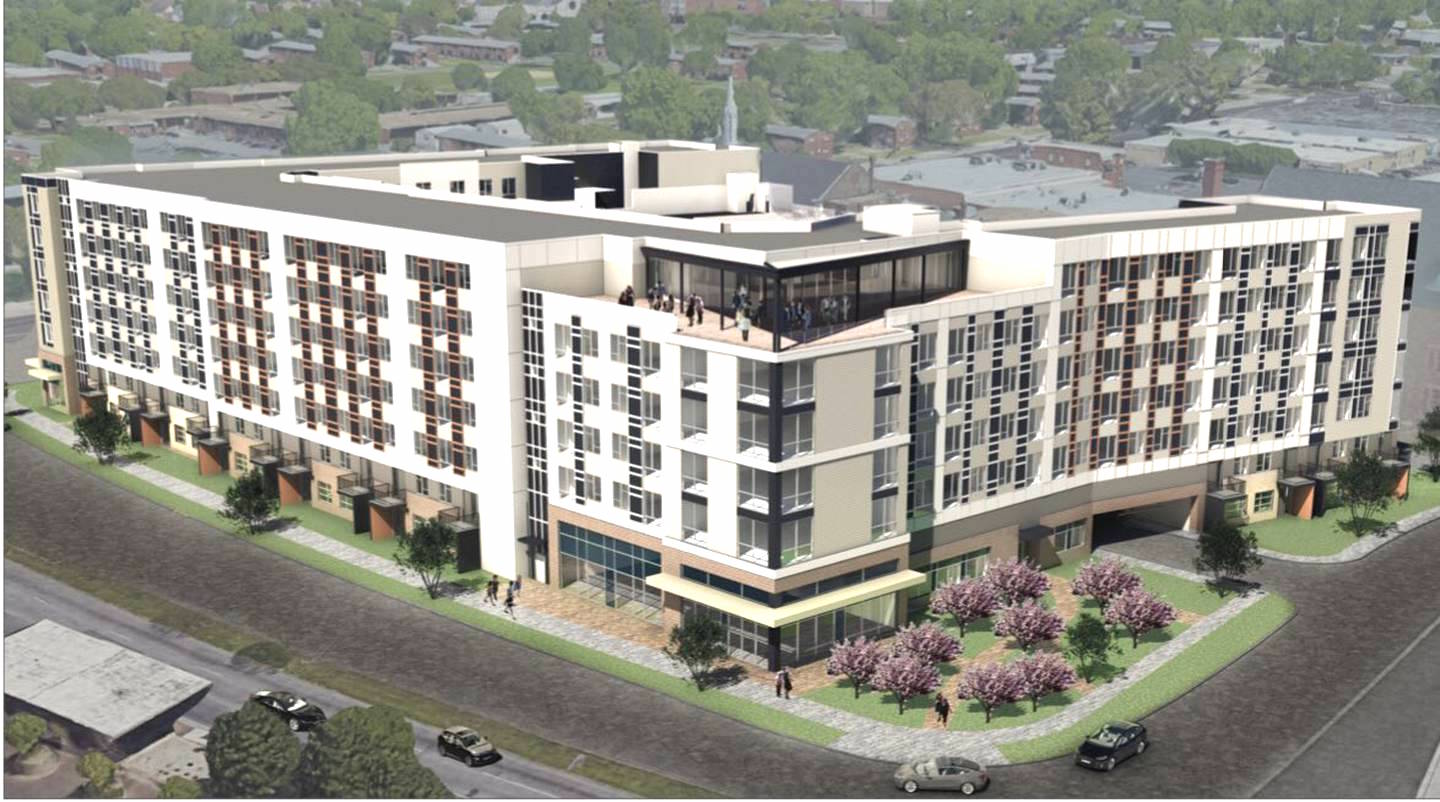 Bruce Smith, the former Buffalo Bills Defensive all-pro and a native of Norfolk, is developing plans for an apartment, parking, and retail complex in downtown Norfolk.

Called “78 at Saint Paul’s”, it will include 261 apartments, and is part of the St. Paul’s Redevelopment project. It will sit at the intersections of Bute Street, St. Paul’s Boulevard, and Brambleton Avenue.

The “78 at Saint Paul’s,” references Bruce Smith’s jersey number he wore during his tenure playing for the NFL’s Buffalo Bills.

Norfolk Mayor announced plans for the project during his recent ‘State of the City Speech.”

“This has been made possible by NFL Hall of Famer, No. 78 Bruce Smith,” Alexander said at the event, referencing Smith’s uniform number during his playing days.”

Smith has been developing some traction in the lucrative development game in Hampton Roads. He had a development hand by injecting needed capital in the Hyatt House hotel at the Virginia Beach Oceanfront, and he invested in a luxury high-rise apartment complex. But Smith, who is African American, expressed publicly he felt he was being left out of other lucrative projects. Two years ago he spoke out on the lack of minority participation in profitable development projects and procurement contracts to provide goods and services to the city of Virginia Beach.

This pressured the city to launch an investigation into his allegations, which proved true, historically.

The St. Paul’s Redevelopment Project was launched in Norfolk several years ago. The “78 at St. Paul’s” is one of the last pieces of the first phase of the project put in place.

Since the multi-million dollar effort was announced, Black political and civic leaders in Norfolk have complained about the city and NRHA’s inability to recruit an African American developer to have a viable stake in the project.

Smith, who is said to be working in collaboration with a larger white development group, may be the first African American to be part of the massive development project.

Black political civic leaders hope that by the time the second phase of the Redevelopment Plan has launched, one or more African American developers along with Smith will have established viability and resources to participate.

A spokesperson for NRHA said another Small Women and Minority (SWAM)-owned outfit called the Richman Group in Greenwich, Connecticut has a development contract for the project. According to its website, the company says that 54% of its staff are minorities and 46% are women. The Richman property portfolio is located in 49 states, Washington, DC, Puerto Rico, Guam, and Saipan.

The “78 at St. Pauls Development” will be built on a huge asphalt parking lot, which is used as an overflow space for the SCOPE Arena across St. Paul’s Blvd.

The city and the Norfolk Redevelopment and Housing Authority are orchestrating the redevelopment effort, which involved the demolition of the massive 618 original unit Tidewater Garden Public Housing Community. It was built in the early 1950s.

Groundbreaking for a scaled-down housing development footprint to replace it, took place earlier this spring, and new housing will soon be built in the huge space in the coming weeks.

Although the city nor Smith has released a price tag yet, the Norfolk City Planning Commission has scheduled a hearing to hear about the specifics of the project on June 23.

The 261-unit development will have 4,200 square feet of ground-level retail space, according to documents provided by the city. According to the St. Paul’s Redevelopment Plan, the city must replace each of the razed units with a new one.

The “78 at Saint Paul’s” project is part of several “offsite” and “replacement” housing units being built blocks away, and not directly on the acreage where the Tidewater Gardens units once stood.

The complex will have a 500-space parking garage along East Bute Street with overflow space for Scope and Chrysler Hall.

The property will include a pool, gym, yoga studio, game room, and a dog park.

According to the early plans by the city, First Baptist Church’s current view will be preserved by creating a park along East Bute Street and installing other landscaping along St. Paul’s Boulevard and Brambleton Avenue.