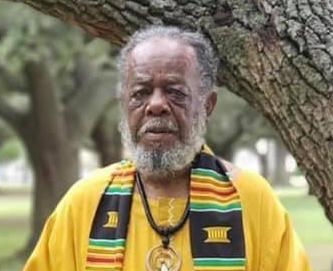 The Berkley and Campostella communities of Norfolk are mourning the passing of Isaac “Ike” Green. Elder Green, a resident of Norfolk’s Campostella Heights was highly regarded as an activist, entrepreneur, and historian. He died on February 5.

Green, who was known as “Brother Ike” by his friends, was born in Washington, North Carolina in 1938.

His family moved to Norfolk when he was three-years-old, and he attended public school. He graduated from St. Joseph’s High School.

He then enlisted into the U.S. Navy and began traveling about the country before returning to Hampton Roads.

According to his wife of eight years, Alfreda, her husband believed in “making his own money.”

Alfreda Green said her husband developed skills to make copper jewelry, designed and made hats and other items that he would sell from four stores he owned, including the I and I Culture which sat on Brambleton Avenue for many years.

He was a member of various advocacy and educational groups centered in South Norfolk, including the Jolly Bunch, a group which would meet at a McDonald’s and discuss current events and issues affecting the community.

He was a strong supporter of the Berkley/Campostella Heights Civic League, and was an Ambassador for the Berkley Historical Society which records African American History of the community.

As an activist, Green was known to be a strong advocate for those who were returning from incarceration to their community, and he worked with area youth to help them forge healthy life skills.

According to his wife, he was a strong supporter of voter education and activation on election days.

“He always said ‘To teach once is to learn twice’,” said Mrs. Green. “He was always teaching and helping adult men and mentoring the young ones.”

Along with his wife, he is left to mourn his passing three sons from a previous marriage: Isaac, Jr., Cortez, and Joshua; and a daughter, Amber; and two stepsons, King Bomani and Brian.