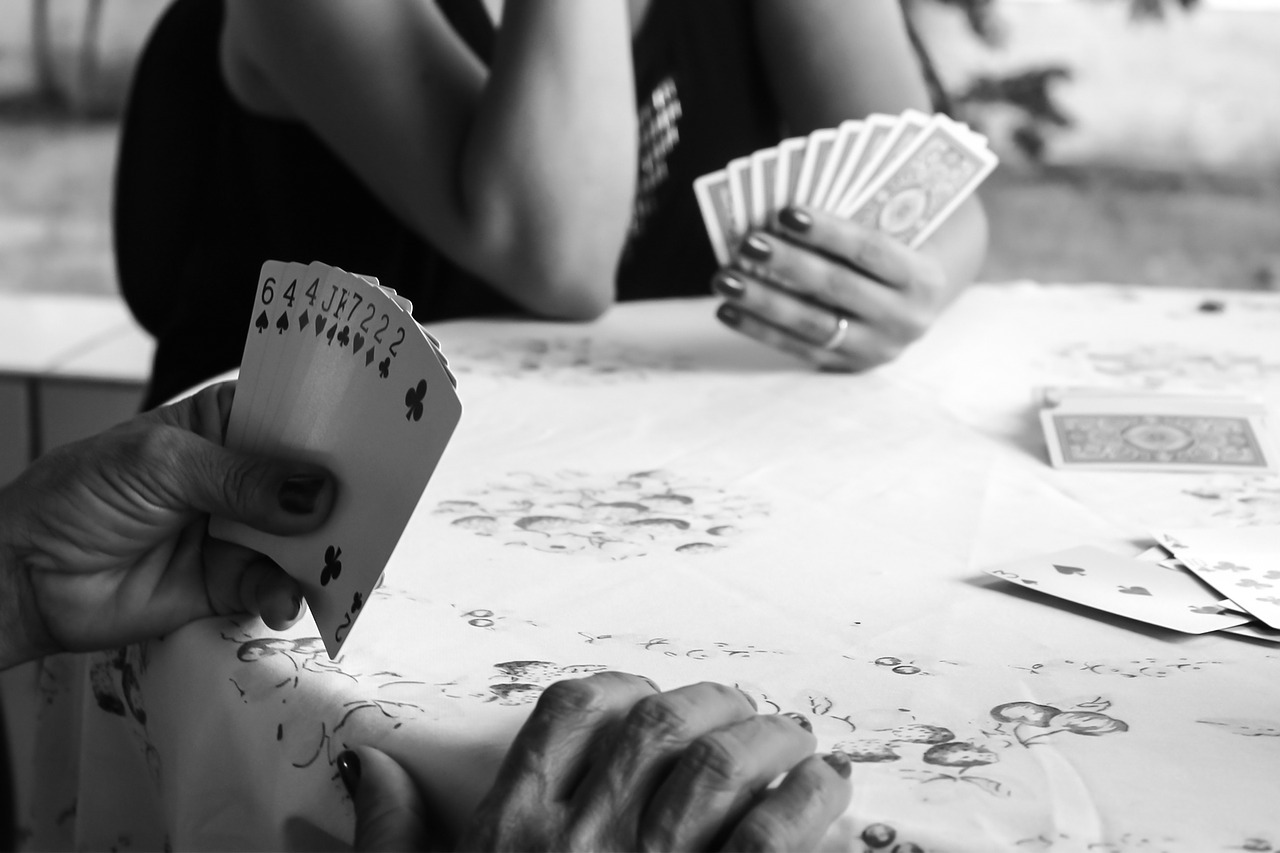 Questions
1. Who and what is the opening bid?
2. Does the partnership belong in game or in partscore?
3. Does West know whether there is an
eight-card fit in the heart suit?
4. How can West find out? 5. North passes. What is East’s reply to Stayman?
6. South passes. What should West rebid now?
7. North passes. What should East bid?
8. What is the final contract?
9. Who will be the declarer ?
10. Who will make the opening lead?
11. What will the opening lead be?
12. How many losers can declarer afford?
13. How many losers does declarer have?
14. Are there any potential problems based upon which lead North chooses?

Answers
1. With a balanced hand and 16 HCP, East opens with 1NT
2. West is not sure
3. Not yet
4. Bid 2 Clubs, Stayman, and then bid hearts. This would show an invitational hand with a five-card heart suit.
5. 2 Diamonds
6. (2♥)
7. (East recognizes an invitational bid by West with a hand containing a five-card heart suit. East should bid 4♥ with a maximum notrump.)
8. 4♥
9. West
10. North
11. North has a great lead in the ♠Q, however, North may elect to lead the singleton diamond)
12. Three
13. Two clubs plus the Diamond King if the finesse loses.
14. If North chooses the singleton diamond lead, West must not take the finesse or West will lose a diamond, two diamond ruffs and two clubs for down two. If West rises with the Diamond Ace, West can safely pull trumps and lose the Diamond King later, along with two clubs to make the contract.

All activities, unless otherwise noted, are located at the Berkley Senior Center, 925 S. Main Street, Norfolk, VA. For additional information on classes, games, or tournaments, please call Jennifer Douglas at (757) 701-0640.