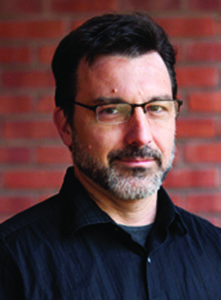 When Actor Tommy Lee Jones said, “Ethnic stereotypes are boring and stressful and sometimes criminal,” he could have been referring to the Breaking Stereotypes exhibit that will run Jan. 8-April 22 at the Transit Gallery located on the second floor of the HRT Southside Bus Operations in Norfolk
The point is similar logic runs through Jones’ observation, as well as the new 145 Black-and-white-photo exhibit by Dr. Michael Dibari Jr., a Hampton University professor. This means when Jones said stereotypes are “non-thinking, stupid, and destructive,” the same type of logic was floating around in Dibari’s mind as a book project several years ago.

“I started the exhibit shortly after Trayvon Martin was shot and killed,” said Dibari, who grew up as the son of Italian immigrants in Clearwater, Fla. “I didn’t have any awareness of the world around me socially speaking. I think I was very naïve.”
“I didn’t really have a selection process,” said DiBari, who has snapped photos for many publications including the Washington Post and the Associated Press. His wife, Sherry, is also a photographer.

“I started thinking about it and talking to students and it evolved from that,” said Dibari who is an endowed professor at the Scripps Howard School of Journalism and Communications at Hampton. “It grew out of a book project, tentatively titled Breaking Stereotypes, not yet published. Some smile in the photos, others do not.”

Often, Trayvon Martin was portrayed in the media as a young, innocent teenager and a thug. The problem is many minds just peek at someone and take what experts call “a mental shortcut.” In fact, Yale University Psychology Professor Annie Murphy Paul said after she took one of the tests she designed to measure unconscious bias, “I showed very strong prejudices,” she said in the May 1, 1998 issue of Psychology Today. “It was a truly disconcerting experience.”

While Paul and other experts say bigotry is on the decline, stereotyping is still a huge problem to the point that Dibari saw mental shortcuts in the media. And they pushed his logic in another direction.
“As an instructor at Hampton University, I realized that many of my students might have been Trayvon Martin,” he said. “I felt the media’s racial stereotyping promoted negative images of young African-Americans.

“I began photographing students, asking them to write their aspirations in life as proof that they were more than just a mug shot on a TV newscast,” Dibari said. “The photographs and their quotations became a testament that they were something more; something with substance; a person with agency.”

“This theme of media stereotyping continues to play out in our society,” he said. “The recent death of Michael Brown in Ferguson, Missouri, is another example of this, although in this instance, young people found a voice on social media. The Twitter and Instagram hashtag #ifiweregunneddown became popular among people who posted dual photographs of themselves: one in a positive light and one in a negative light. Their point seemed to mock the media’s potential choices in the representation of themselves.”
“This project, Breaking Stereotypes: Portraits in Black and White, is my attempt to give control back to the individual,” said Dibari, who earned a master’s degree in visual communications and a doctoral degree in journalism at Ohio University.

“The young men and women I have photographed are smart, ambitious, creative, intuitive, and more importantly, the same as any other young, college-aged person,” he said. “In similar circumstances, any one of them may have been gunned down. In the end, young people no matter their background, social class, race, or gender, all want the same thing: success, a good family, a good job, and most importantly, the power to control their lives and identity. This project is an attempt to give that power back to young African-Americans.”
His exhibit is on display in the Transit Gallery located on the second floor of the HRT Southside Bus Operations Maintenance & Administration Facility, Building 4, 509 E. 18th St., Norfolk. It is open Monday-Friday.