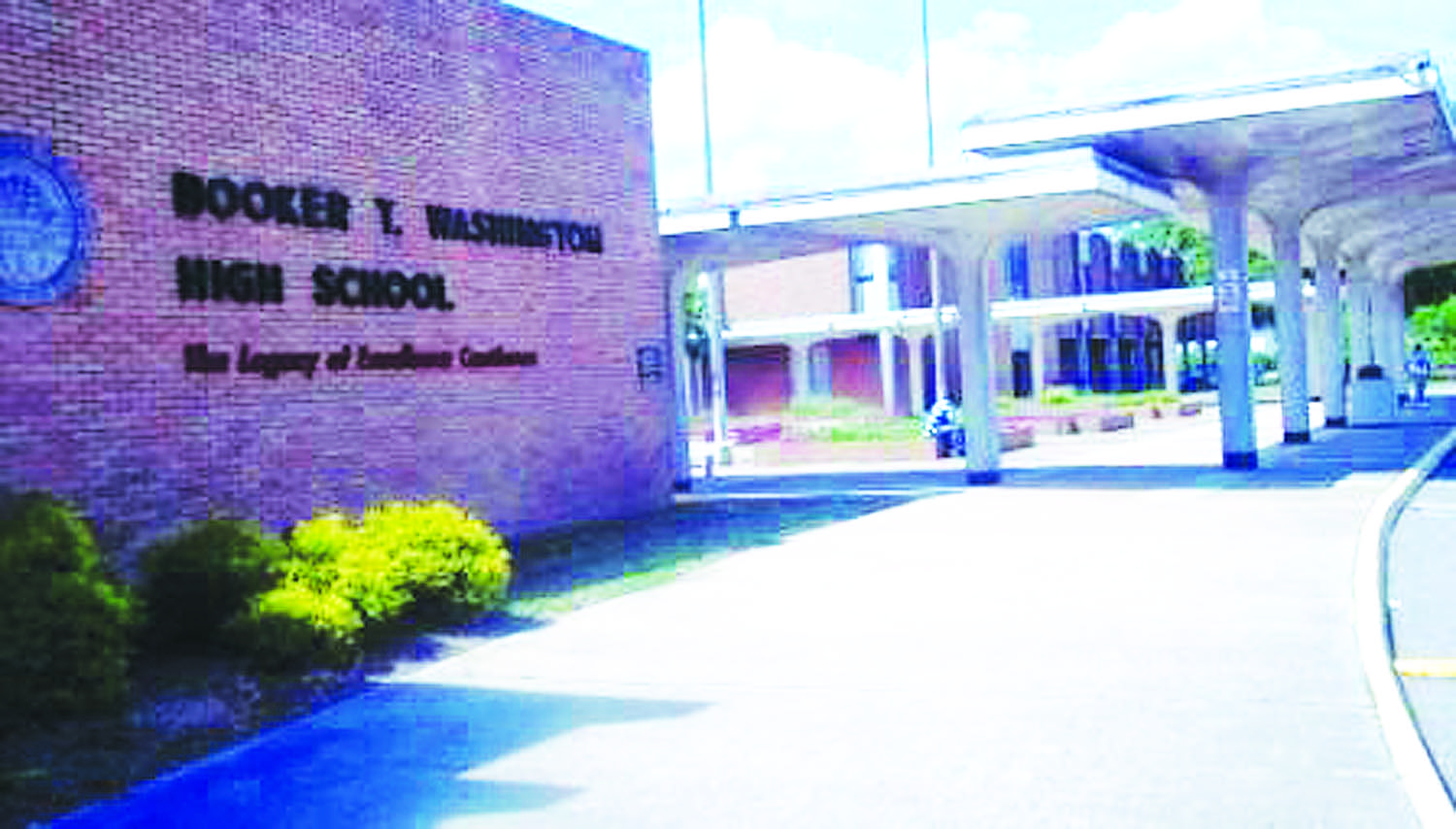 As they unloaded from the school buses and walked up the sidewalk to the entrance of Booker T. Washington High for the first day of school, a gauntlet of civic, political leaders and school alumni welcomed each one of the students.

The event was designed to show community support and inspire the students to achieve academically over the next nine months.

Apart from that community gesture, the students entered a building which underwent extensive “refreshing” over the summer to repair structural, mechanical and other landscaping problems at the school.

Recently the GUIDE received a document called the “BTW Facility Refresh” from the Chairman of the Norfolk School Board and compiled by the NPS Superintendent. It detailed a checklist of 91 items which were addressed.

City and school division technicians and contractors coordinated the restoration efforts, which began shortly after the last school year ended on June 13, through July and until early August.

The items on the list were broken down into “scheduled” and “unscheduled” work. Among the “unscheduled” work were installation of carpets in the school’s media center, screening, painting and resealing the school gym floor, sodding of the football field, replacing lights and fixtures which held them.

While most of the work on the list was listed as “completed,” there were five of them which were not. They are to be completed and finalized at the earliest by September 15 and as late as December 15.

The documents detailing the refreshing of BTWHS came a week after Norfolk Councilman Paul Riddick suggested that the district close the school and send the students to an alternate site, until it was certified that mold and other obnoxious elements were removed from the building.

To correct any environmental issues the list indicates extensive repairs to school environmental systems, including the installation of a new cooling tower for the school’s air conditioning system

On September 30, the temporary “air screw” system used to cool the building will be replaced with the new unit.

Boone’s letter explained that the new unit “will result in better cooling and humidity control in the building and thus reduce any potential for mold development due to humidity.
The major projects of a new roof and mechanical system were not addressed during this summer work, the letter stated.

The air quality assessments conducted in March and May 2017 did not reveal any mold that met or exceeded unhealthy environmental standards,” she continued.

Boone’s letter indicated the final costs of the work has not been calculated.

Motivating factors behind the disclosure of “refreshing” efforts at the school may be in response to the work of the Concerned Citizens of Booker T. Washington High School, and the BTW Alumni and Friends Association.

The Concerned Citizens held a recent meeting where they perused the list of items on the “refresher” list issued by NPS.

For two years, according to the group’s chairwoman, Vivian Hester, it has sought to reach out to city council and NPS officials about the erosion of the physical and environmental condition of the school, “but got no response.”

During a city council meeting on June 21, Concerned Citizens, BTWHS alumni and supporters crowded the governing panel’s chambers and expressed their concerns about the condition of the school, including the mold.

The demonstration may have prompted the City and NPS to undertake the extensive “unscheduled” repairs and cosmetic work to the school which is only four decades old.

“I am pleased. It was disturbing to allow a public school to be in that level of disrepair,” said Hester. “Why did the concerned citizens have to get involved for things to get better? Why did we have to go to the school board and council?

“I attended the freshmen orientation before school opened and the children and their parents were so excited,” she continued. “We want to sustain that. Now that the repairs have been made, they do not have to worry about being ill from mold or the restrooms being fixed.”

Several years ago, each of the division’s high schools was given an academic designation. Booker T.’s was the School of the Arts, Hester said.

“But there is no evidence of it,” said Hester. “I entered the ‘art’ room which was supposed to be refitted … but all I saw was old and outdated equipment dating back 15 years. There was no new and high tech equipment there to educate our children.”

Hester said getting the division to fulfill the promise of making the school “The School of the Arts” is on the Concerned Citizens’ agenda. She said the group will reach out to professionals in the arts and consult the Norfolk State Theater Arts Department and other resources to accomplish this goal.

Another agenda item for the Concerned Citizens is monitoring the educational status of students from the elementary and middle schools which feed the population at Booker T.

She said it is important to determine the level of preparation these students are having as they are placed in the pipeline to attend, not only Booker T. but other schools in the division.