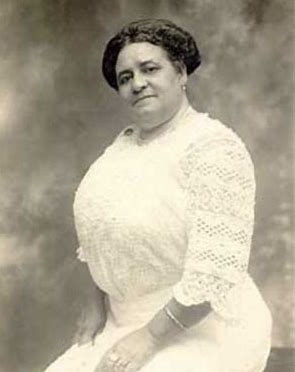 On November 2, 1920, for the first time in the state’s history, 75,000 Black and white Virginia women voted in a General Election.

In Roanoke, women voters outnumbered men according to media accounts.

This year the nation is observing the centennial of the ratification and enactment of the 19th Amendment to the U.S. Constitution two months before, giving birth to this historic event in Virginia.

Tennessee was the last of the 36 states needed to ratify it after the U.S. Congress passed it a year before. Virginia never did.

Before women secured national suffrage in 1920, 15 states allowed them to vote.

Five decades prior, individual and groups of white women were rebuffed when they asked the mostly male and white Virginia General Assembly to approve “a state” law to give them the right to vote.

When the idea to impose a “federal law” to assure universal voting rights for women, states like Virginia strengthened their opposition.

There was fear such a measure granting universal suffrage, would interfere with Jim Crow laws to weaken Black men and women’s access to the vote.

Giving the Black woman the vote would give the Black community political power in areas where they equaled or outnumbered whites in population such as Norfolk.

The Library of Virginia has an exhibit, “We Demand Women’s Suffrage in Virginia Commemorating Ratification of the 19th Amendment”, in the Library’s Exhibition Gallery in Richmond. Due to COVID 19 closure of the Library earlier this year, the exhibit will continue through March 31, 2021.

It displays the talented and dedicated women who were writers, business and professional women, and educators and reformers who waged a campaign for state suffrage and the 19th Amendment.

They were not all white.

During the early days of the fight to vote nationally, Black abolitionists and female suffragettes were allies.

The alliance was on display in Seneca, New York in 1848, during the first convention which addressed the abolition of slavery and women’s rights, including suffrage.

Frederick Douglas led a group of Black abolitionists to the event.

The convention passed 12 resolutions related to human rights. The one which proved the hardest to pass related to women’s suffrage, ironically.

Douglass managed to rally enough votes among the delegates to pass it.

This alliance fell apart when, after the Civil War, the 15th Amendment granted Black men the right to vote in 1870 and not women, Black or white.

National and local groups formed by white women advocating for female suffrage ignored or rejected membership and even support from Blacks, especially women.

They feared if they allied with Black women, their chances of convincing white male political support would be denied.

Yet, even with this strategy, white women in Virginia found it hard to convince the white male power structure to support them.

Around 1912, Black women began to organize to fight for female suffrage and other rights.

That year, Janie Porter Barrett attended the National Association of Colored Women’s Convention in Hampton, Virginia, where she urged the delegates to form political study clubs in Hampton and Norfolk to study strategies to foster suffrage.

They staged a parade in Norfolk supporting the women’s right to vote. Barrett helped found the Virginia State Federation of Colored Women’s Clubs, and she served as its president until 1932.

Barrett was born in Georgia, attended Hampton Institute and founded the Home for Colored Girls north of Richmond In Hanover County. It is now called the Barrett Learning Center for Boys.

On March 3, 1913, Black women from Virginia, including activist Jimmie Belle Buggs of Lynchburg, marched with students from Howard University in Washington, D.C. demanding women’s suffrage and other rights.

At the August 1916 convention of the National Association of Colored Women (NACW), Portsmouth activist Josephine Matthews Norcom launched a campaign among Black women to support this idea and wrote a supportive resolution. She broke with many Black female groups, in the area who supported the idea but avoided public displays of suffrage fearing white antagonism.

Norcom was born in Wytheville, Virginia, and attended the Normal Department at Virginia Normal and Collegiate Institute (Virginia State) and later moved to Lynchburg where she taught school.

She later married I.C Norcom, who was the Principal of the Black high school in Portsmouth. She joined forces with Janie Porter Barrett to push for passage of the 19th Amendment before Black civic

organizations, as white ones ignored her activities.

In June of 1919, during a special session to address it, the Virginia General Assembly refused to ratify the 19th Amendment, despite lobby by the suffrage groups, calling it “unnecessary.” By then 26 states had already ratified it but Virginia felt no pressure.

The following February, Virginia lawmakers again refused. But they did propose a “mechanical bill” which would allow women to register if the 19th Amendment was ratified by the required number of states.

When Tennessee was the 36th state to do so, meeting the requirement, Virginia political bosses deemed the bill unnecessary.

Between September 2 and October 2, over 75,000 plus Black and white women registered. Black women, especially were denied repeatedly. But persistent ones managed to accomplish their goals.

In late August 1920, Ora E. Brown Stokes, a social reformer, and Maggie Lena Walker, a businesswoman, led a voter registration drive in Richmond. Black women were forced to register in the crowded basement of the city hall, with limited hours and

Many waited all day and still were turned away. Stokes’ Richmond Neighborhood Association presented a petition to the city registrar protesting these conditions. The request was denied and more women began seeking to register.

To avoid waiting in the long lines, Stokes organized a phone system to alert women in various parts of Jackson Ward when to go register.

Stokes was one of the 2,410 Black women in Richmond register.

She regularly attended conventions of the National Association of Colored Women and fought for women seeking to vote after the 1920 ratification of the 19th Amendment.

Edna M. Colson and other female members of the Virginia State University faculty were some of the first Black women in that area to register and vote. Colson was born to an elite Black family in Petersburg and was a strong advocate of Black suffrage.

She was a charter member of Alpha Kappa Alpha Sorority, the first Virginia woman to be a life member of the NAACP and a leader in the Federation of Colored Women’s Clubs.

For more information about the ‘We Demand” exhibit go to