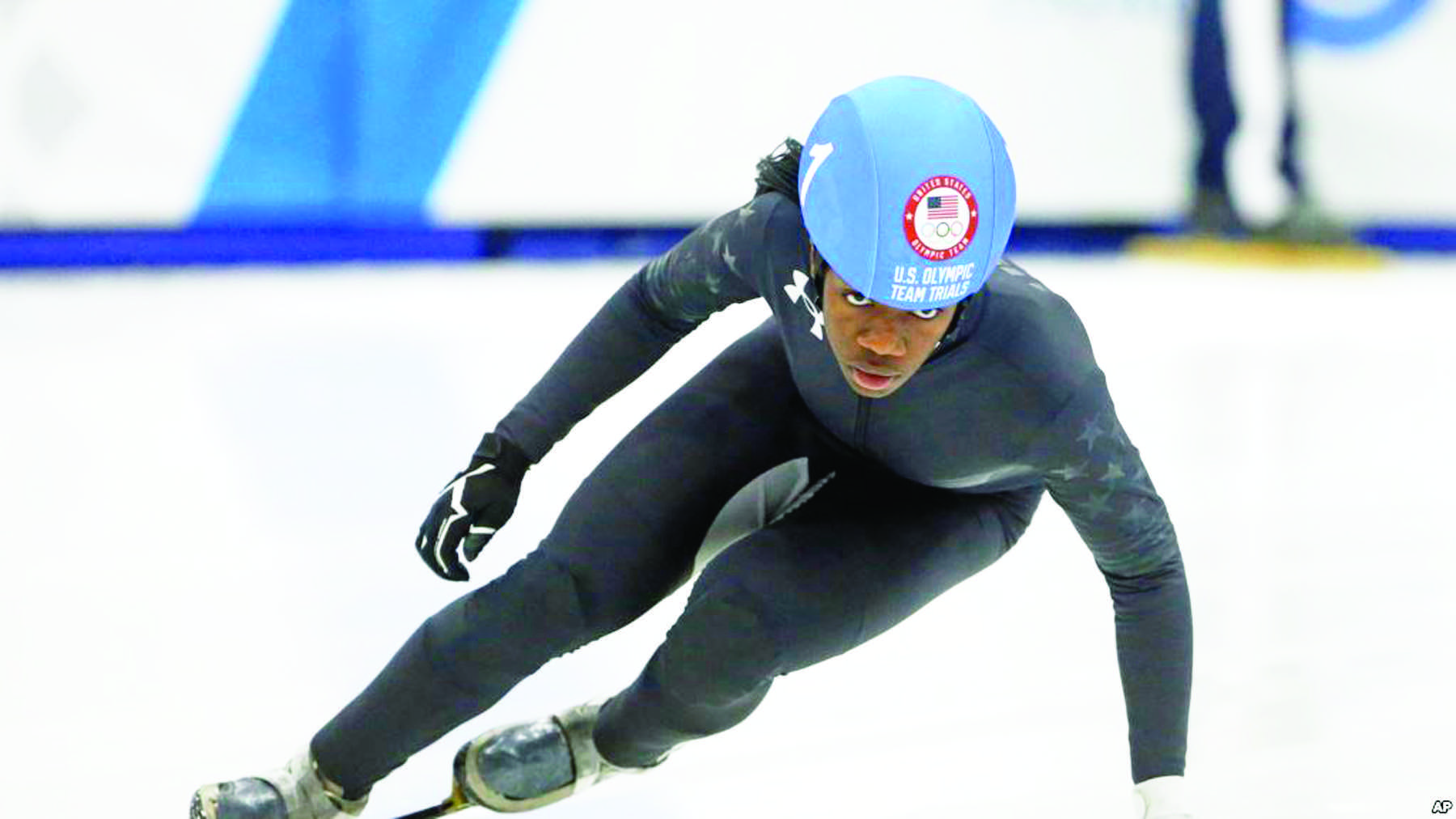 NORTHERN VIRGINIA
When Maame Biney slices through the ice at the 2018 Winter Olympics in Pyeongchang, South Korea, in February, she will be the second African-American speed skater to represent the U.S. Olympic team, and the first Black woman.

Ghanaian-born Biney (pronounced mah-may bye-nee, like hiney) immigrated to America at age 5. Now at age 17 she is the youngest speed skater on the U. S. team. She will compete in the 500 meter.

“It’s a really good feeling, but it has to set in first,” Biney said after she made history by becoming the first African-American woman to qualify for the U.S. Olympic speed skating team. She won first place at the 500m races at December’s Olympic Trials. “I can’t believe I’m on the Olympic team,” she said in a recent Associated Press interview. “When I realized that I made the Olympic team, I started cheering like crazy, and then I made my epic fall,’’ she said.

Biney, who began skating at age 5 in Reston, Va., said she will use a simple strategy: “Go fast and don’t fall.”

She is the second Black speed skater on a U.S. Olympic team. Shani Davis was 19 when he qualified for the short track team in 2002. He later switched to long track and won four medals, including two golds.

Kweku Biney, her father, said his daughter’s ice-skating career began in Reston, Va., when they saw a sign that read, ‘Learn to skate. Swinging into the parking lot, her father said, “The first day she got on the ice I was scared, you know. I thought she was going to break her head open, so I said, ‘What did I get myself into? This is risky.’”

He discovered his daughter was not only a natural but hooked. Every morning she would bounce out of bed to wake up her father for the early morning practices. She tried figure skating first, but a coach noticed how fast she was and encouraged her to take up speed skating. She competed in local events before moving up to the U.S. Junior Championships, where she won a bronze medal.

Her coach in Reston, Sooan Yoo said, “First time I met Maame, she was 9. Now she’s almost my height as she’s gaining age, and she’s representing the USA team.”

She is under intense pressure as she prepares to compete in U. S. Olympics. However, her father said he just wants her to have fun and enjoy speed skating in the 2018 Olympics. Seeing her walk with Team USA during the opening ceremony will be enough of a reward. Anything more will be a bonus, he said.

When she competes in Pyeongchang, she will become the second African-born athlete to represent the U.S. at the Winter Olympics. The first was biathlete Dan Westover, who was born in Madagascar and competed at the 1998 Nagano Winter Games.