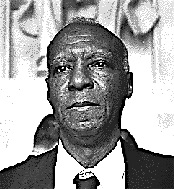 If a victim contributes to his own subjugation by feeling “mystified,” as psychologist Carl Ratner wrote in his 2013 work, “The Psychology of Oppression,” then it may explain why segregation ended in the military.

President Franklin D. Roosevelt boldly took out paper and pen, and with a bold stroke ended segregation in the armed forces in 1941; but only after civil rights leader A. Phillip Randolph strode into in the Oval Office and bluntly told him people were prepared to march against discrimination in the military, in Washington, D.C.

FDR sat in the Oval Office, looked Randolph in the eye, and said, “You know, Mr. Randolph … I would ask one thing of you … and that is go out and make me do it.”

The testy meeting between Randolph and FDR ended with FDR signing the 1941 Fair Employment Act, which not only stopped the march on Washington. Roosevelt’s executive order also ended discrimination in the defense industries. Seven years later, President Harry Truman issued Executive Order 9981 in 1948. In plain terms, things changed because the victim stop participating in his own oppression.

But the math tells the real story. The total number of active duty military personnel in 2015 amounted to 1.3 million people.

In other words, about half of the African-Americans who registered for the draft became soldiers after Truman signed Executive Order 9981. While white military commanders and other military personnel resisted Truman’s Executive order, “by the end of the Korean conflict, almost all the military was integrated,” OurDocuments.gov noted. “Segregation and discrimination had reached a point that was no longer tolerable,” according to the Pittsburgh Courier. “It was time for a campaign. The ‘Double V Campaign,’ as it was called, stood for two victories for African-Americans: a victory at home and a victory abroad.”

This is the point. Oppressed people stopped participating in their own oppression six years before Wilson signed his executive order. Specifically, a group of African-Americans had already launched what was called the Double V Campaign, which was printed in many newspapers of color led by The Pittsburgh Courier which said in February 1942. “We, as colored Americans … In our fight for freedom … we wage a two-pronged attack against our enslavers at home and those abroad who will enslave us. WE HAVE A STAKE IN THIS FIGHT … WE ARE AMERICANS, TOO!”

This means when A. Philip Randolph strode into the Oval Office and confronted FDR and Wilson, (who signed Executive Order 9981), Randolph’s actions spoke louder than words. In plain terms, Randolph told both presidents that people of color would not participate in their own subjugation.

This is what (truly) happened. Wilson’s Executive Order stated, “It is hereby declared to be the policy of the President that there shall be equality of treatment and opportunity for all persons in the armed services without regard to race, color, religion, or national origin.” The order also established the President’s Committee on Equality of Treatment and opportunity in the Armed Services (Fahy Committee).

This is where Ratner’s historic research on victimization comes in. If a victim contributes to his own subjugation, as psychologist Carl Ratner said in his research paper published in The Psychology of Critical Psychology in 2013, this means a victim can also end his own oppression. In plain terms, a victim can make oppression stop. He can refuse to drop, roll, and play dead, when the oppressor yells, screams, and rants.

Defining oppression, Ratner wrote, “Social oppression enlists … its victims to do its bidding.” In other words, oppression slowed because A. Philip Randolph confronted and opposed Roosevelt and Truman. In addition, several newspapers of color, and more than 1 million African-American soldiers completed the necessary paperwork, and reported for active duty around 1945.

Black political pressure and executive orders from two presidents shut down oppression in the military, to put it bluntly.

“Oppression stunts people’s capacity to understand, own, and control their society,” Ratner explained. “Indeed, this is the primary function of psychology of oppression.”

Ratner shows victims how to end oppression, in other words. Or consider this scenario: A. Philip Randolph walked into Roosevelt’s office and persuaded him and Truman to issue policies that would stop racial discrimination in the military. Doors leading into the military opened wide.

Although there was resistance within the military to FDR’s and Wilson’s Executive Orders, and some officers from all branches opposed integration anonymously and openly, Wilson’s Executive Order established The Fahy Committee, which actively worked with the different branches of the military to ensure that the armed forces instituted integration in their recruitment and unit composition practices. “Full integration did not come until the Korean War however, when heavy casualties forced segregated units to merge for survival,” according to records in The Truman Presidential Library and Museum.

So here are the facts: In 1943, African-American non-commissioned officers began to replace more of the white enlisted men who had taught them to handle weapons and lead men in combat, Bernard Alty noted in his book, The Right to Fight: African-Americans in World War II. Although 30-year-old- Cpl. Gilbert Frasier Jr. died during a training exercise, the Marines named the road he died on after the Virginia Union University graduate.

Although many of the soldiers of color from the FDR and the Truman era are deceased, the legendary “Hashmark” Johnson, one of the first drill instructors of color to oversee training said in a 2017 interview in The Military Times, „I remember the youthful, and sometimes pained expressions at something I may have said … But I remember something you did. You measured up, by a slim margin perhaps, but measure up you did. You achieved your goal. That realization creates within me a warm appreciation of you and a deep sense of personal gratitude.”

In 1991, 40 years after two presidents wrote executive orders that ended military segregation, Colin Powell, the chairman of the joint chiefs of staff, oversaw Operation Desert Storm in Iraq. In 2015, 30.7 percent of the Armed Forces were African-Americans, according to Statista.