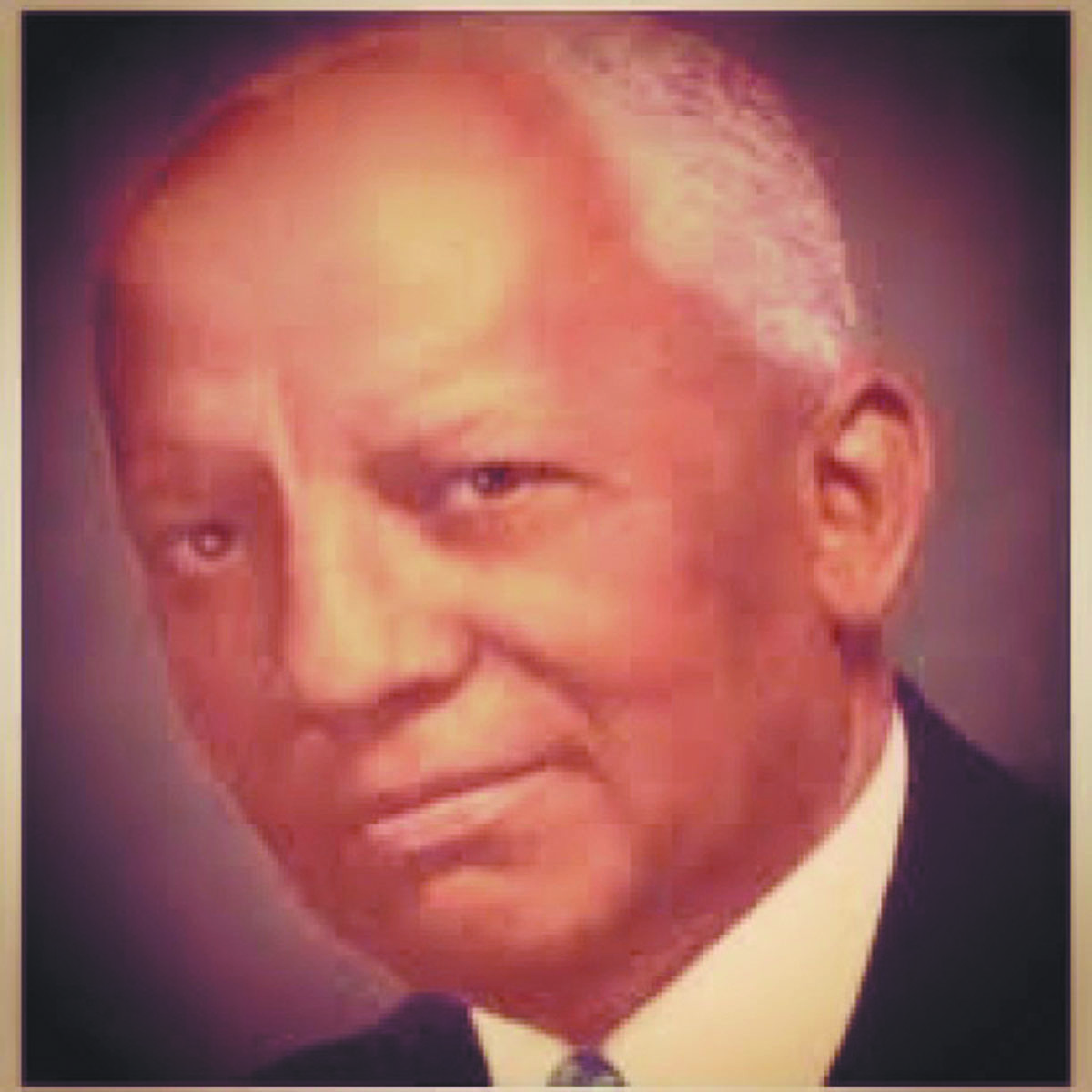 “When you control a man’s thinking you do not have to worry about his actions. You do not have to tell him not to stand here or go yonder. He will find his ‘proper place’ and will stay in it. You do not need to send him to the back door. He will go without being told. In fact, if there is no back door, he will cut one for his special benefit. His education makes it necessary.”
Carter G. Woodson, “The Miseducation of the Negro”

In 2019 the nation will observe the 400th anniversary of the arrival of the first “20 and odd Blacks” who arrived in the English Colony of Jamestown beginning their journey as citizens in the now United States of America.

From indentured servants, to enslaved people who were freed to exist under Jim Crow oppression, to today’s less obvious barriers, the evolution of Blacks has been colored by both progress and retreat from the idea of full equality.

That evolution to where they stand today has been a social, economic, political, cultural and spiritual one. But to secure and sustain it, legal and institutional barriers met them as they took each step forward.

Learning to read meant brutal punishment or death for slaves. Educational prohibition was a barrier to assure their ignorance, bondage deter their efforts to strive for freedom.

After the Civil War, former slaves founded churches, raised families, formed communities, established businesses and developed their own cultural view of the world as free people.

But that was met with indifference, or more often with violence, obstruction with guns. Codes were enacted to marginalize and block their advances, and keep Blacks segregated from Whites socially, academically and physically.

Today, 390 years after the first Blacks arrived in this country, disturbing disparities still exist though great advances have been made in education, including colleges and universities founded by Blacks to educate their community.

Crippling poverty, illiteracy, incarceration, violence, social and economic isolation place many Black people living in rural and urban centers in a state of affairs little no better than their forefathers who were enslaved or hampered by Jim Crow segregation.

“The Crisis in Black Education” is the African-American History Month theme for 2017. The theme hopes to focus on the crucial role of education in the history of African-Americans. Thus, the nation is asked to look at the aspects of Black education which can be held up as a source of celebration and example of contributing to Black progress.

As usual, countless events will be planned, speeches delivered and articles by journalists highlighting the celebration theme.

A darker side remains a barrier and must be given equal exposure, for only then can the positives be sustained and the disparities and the crisis they have fostered be alleviated.

The Association for the Study of African-American Life and History (ASALH) founded the annual celebration of Black history.

ASALH’s founder Carter G. Woodson also founded Negro History Week in 1926 which became Black History Month in 1976 under President Gerald Ford who decreed it a national observance. Dr. Woodson once wrote, “If you teach the Negro that he has accomplished as much good as any other race, he will aspire to equality and justice without regard to race.”

ASALH’s executive summary for this year’s theme stated, “Woodson understood well the implications associated with the denial of access to knowledge, and he called attention to the crisis that resulted from persistently imposed racial barriers to equal education.”

“The crisis in Black education first began in the days of slavery when it was unlawful for slaves to learn to read and write,” the ASALH summary reads. “In pre-Civil War northern cities, free Blacks were forced as children to walk long distances past white schools on their way to the one school relegated solely to them.

“Whether by laws, policies, or practices, racially separated schools remained the norm in America from the late nineteenth century well into our own time.”

ASALH cites that a crisis in Black education has grown significantly from 1975 to today in urban neighborhoods where public schools lack resources, are overcrowded, exhibit a racial achievement gap, and confront policies that fail to deliver substantive opportunities.

Yet, as ASALH points out, the history of Blacks in America bears witness to centuries of resistance to this crisis, beginning with the slaves’ secretive endeavors to learn to read and write; the rise of Black colleges and universities after the Civil War; unrelenting civil rights battles in the courts; the freedom schools of the 1960s; and local community-based academic and mentorship programs that inspire a love of learning and thirst for achievement. “Addressing the crisis in Black education should be considered one of the most important goals in America’s past, present, and future,” declares ASALH.

Regularly, a study on the state of Black education, is released. Despite the successes in the educational attainments of Black children, the disparities and their causes are hard to overlook.

“Race For Results,” a report from The Annie E. Casey Foundation which works to build better families, notes that while no group perfectly meets every milestone, Asian-Americans fare the best and African-Americans do the worst.

“From birth, the average Black child in America is at a relative disadvantage,” citing that 92 percent of white, Latino, American-Indian and Asian and Pacific Islander babies are born at normal birth weight: for African-Americans, this only reaches into the high-80s.

According to that report, the pattern of disadvantage for Black children continues into elementary school and through high school in the form of standardized testing scores and high school graduation rates.

Only 66 percent of African-Americans graduate from high school on time, while more than 90 percent of Asian-Americans and Pacific Islanders do, the Casey Foundation found.

As America becomes increasingly diverse, the report looked at how five racial groups fare against a dozen milestones in stages of life from birth to adulthood, including the number of eighth-graders with math proficiency and the number of young adults who are in school or working.

“We found that the gaps sort of start out relatively small and get bigger over time,” said Laura Speer, Casey Foundation associate director of policy reform and advocacy. “Look at the early childhood measures: the gaps between African-Americans, Latinos, whites are relatively small. But in the early childhood years, even a small gap can have a big impact in the long run.”

The report uses data from the latest census that shows differences between states. African-Americans face the greatest barriers in Michigan, Wisconsin and Mississippi, according to the report.

The report included information from a recent study from the U.S. Department of Education stating that minority students, especially Blacks, are the targets of harsher discipline and less access to the best teachers than their White peers.

“Too often, the resources of public systems serving children and families are spent on programs that lack evidence and without input from the families and communities they are intended to serve,” the report says.

“The kids of color in our country are absolutely critical to the future success of the United States,” Speer said. “They are going to be the majority of our work force and we can’t afford to lose the talent they have and could have in the future behind. We need them to be successful.”