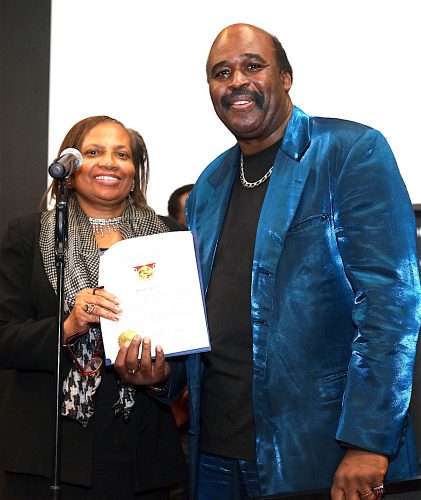 Frankie Davis thanked the audience for their support over the years. Davis co-headlined the nearly sold-out concert along with Rev. Luther Barnes and the Sunset Jubilaires and Rev. Thomas Spann and the Brooklyn All Stars. Other artists who performed included Rev. Brenda Boone-Smith and the Higher Praise Community Choir, the Gospel Travelers, Amelia Sears Goodman of Chesapeake, Danny Hill & Group Determination, Van Jones & King David’s Harp, Elder Ronald Harper & the Harmonizing Echoes, and the Word Singers.