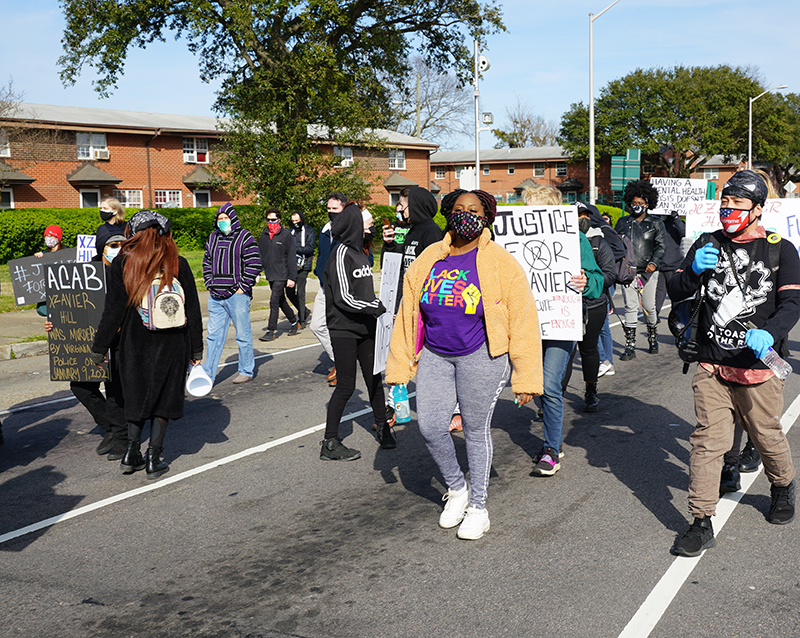 NORFOLK
A coalition of local Black and Asian American activists held a march in Norfolk on Saturday (March 20) to protest the murders of Xzavier Hill, Demario Joyner, and India Kager by state and local police and the rise in hate crimes against Asian Americans across the country. The march was organized by Black Lives Matter 757 and members of the Asian American community. Demonstrators assembled at the Martin Luther King Plaza and marched down Brambleton Ave and other downtown streets with a police escort.