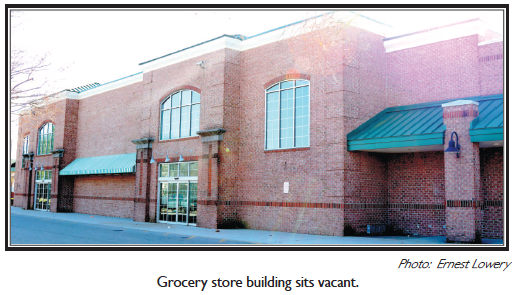 During the days leading up to the holiday, Crystal Alston was worried about how she was going to shop to buy the food for her family’s Thanksgiving dinner.

With the closure of the Farm Fresh Supermarket in the Berkley section of Norfolk early last year, she no longer can walk the four blocks up the street to buy groceries and other items her family needs.

Now, with her two young daughters in tow, she catches two buses to the “Save-A-lot” grocery store some three miles away in downtown Norfolk.

Food Lion on North Tidewater Drive is another option and further away from her home on Hardy Avenue.

Many times during the heat of summer and chill of winter when the buses are late or not connecting, she and her children have walked to and from the grocery store sites, across the Berkley Bridge lugging bags full of groceries and other items.

Alston’s plight is a firm example of many of Berkley’s residents without reliable personal transportation since Farm Fresh pulled out of the community in the spring of 2018.

With that closure, there is no store to shop within walking distance.

In the spring of 2018, the owners of Farm Fresh Supermarkets closed 21 of their stores in Hampton Roads and North Carolina.

Many of the outlets which had existed in the area for decades were sold to the chain’s main competitors – Kroger, Food Lion, and Harris Teeter.

Efforts by the city to recruit replacements for those outlets have materialized in West Ocean View as Harris Teeter, the upscale grocer, took over space where Farm Fresh was located in a shopping center.

But the residents of Berkley say despite promises from city officials to lure a new grocery outlet to replace the Farm Fresh at 201 E. Berkley Avenue, there are no signs of it becoming a reality.

The Berkley Community’s Civic League has formed a seven-member “Store Committee” to lobby city officials and grocery store companies to the site.

Anthony Daniels, the chair and spokesman for the committee, said the panel gives the city credit for reaching out to and offering an incentive package to a potential grocer to set up shop in the empty 25,000 square space.

“But we do not see any movement,” said Daniels. “We have talked to a potential grocer, city council members, and Planning and Economic Development officials. But it seems that no one is listening. We are living in a fresh food desert now.”

“It is already built and ready. We are just trying to get someone to ‘come’ and use it,” said George Banks, President of the Beacon Community Housing Development Organization (CHDO) and longtime leader in Berkley.

“It took us decades to get Farm Fresh to come to Berkley 16 years ago,” said Banks. “Now that it is gone, people have to drive miles to buy groceries. It is even worse for the elderly and the people who have no cars. They have to go on a bus to buy food for their families … and that is not easy.”

Daniels and city official have told the GUIDE that the Piggly-Wiggly Grocery chain, which has a site on East Princess Anne Road in Norfolk, has been the only grocery chain which has shown some interest in moving to the site. Now it seems like they are not interested.

The strip mall site where the Farm Fresh once existed was outfitted and developed with the help of the city. There were also other rental and development incentives, which city leaders hint at being used to lure a new grocer to the site now.

About five other smaller outlets include a small-box discount retailer, occupy over 18,000 other square feet of space that also exists in the shopping center on Berkley Avenue.

Daniels and other Berkley leaders say that city officials are giving “excuses” for a potential grocer’s reluctance to use the Berkley site, including high theft rates, lack of supportive patronage and a community which lacks the economic muscle to support the store.

But Daniels pointed out that such fears exist in other parts of the city where grocery stores exist.

He said the Berkley “Farm Fresh was supported by the community when it was up and running.”

Councilwoman Angelia Williams Graves of Superward 7 which includes Berkley, said the city has been negotiating with various grocers about the Berkley site.

But she said she could not reveal any specifics of those talks being undertaken. She said that she is seeking to have the issue placed on the Council’s working agenda in the coming weeks.

She admitted that the city’s effort to address the Berkley residents’ need for a grocery store have been complicated by concerns over patronage, theft and other issues related to urban commerce.

“We can’t make a store come and we can’t open a city-owned store either,” she said. “It’s a matter of dollars and cents for any grocer who is asked to come to any community. But we are working on the issue.”

Daniels said that over the past decade, despite a high number of impoverished families and individuals in Berkley, the area has seen new housing and an influx in individuals and family to the community.

Yet, he said, the city is slow to steer and promote investment in the community.

He asserted, that according to the recent Census Demographics, close to 10,000 residents of divergent income and racial backgrounds live there.

He said that two of the region’s largest and wealthiest military shipyards and marine service companies sit in the Berkley community.

Daniels said that thousands of their employees commute through the area to work each day. He said even with the absence of a major grocery store, employees of those companies do patronize the remaining outlets in the area.

Daniels said with the exodus of the Farm Fresh, a convenience and small box retail store are now the primary source where residents have to buy food and other items.

“Because there is no competition, these small stores have doubled and tripled the prices,” said George Banks. “And there are no fresh vegetables and other healthy foods individuals and families with children need.”

“I have it hard. But my heart really goes out for the elderly and handicapped people,” said Crystal Alston. “I really support the Civic League and hope they can work something out. I hope others do, too. The more people supporting their work, it will lighten their load toward getting us another store.”

When Farm Fresh moved to the Berkley Shopping Center in 2003, it was due to extensive lobbying and pleas from residents.

Space where Farm Fresh once located is the largest one in the shopping center on Berkley Avenue. It is owned by the Wheeler Real Estate Investment Trust, Inc. in Virginia Beach.

The Berkley Shopping Center was subsidized in 2003 by the city, which donated the 6.53-acre site and contributed $1.4 million to help pay for infrastructure and improvements to common areas.

William Fuller, a former National Football League star and president of Fulco Development, grew up a block from the shopping center site.

Banks and Daniels mentioned that members of the Berkley leadership were eyeing an effort to help recruit a grocer to the community themselves.

“In the last 15 years, nothing has come to Berkley but the remodel of the Horace Downing Library,” said Daniels. “The only reason we have freshly paved streets is because of the gas pipeline. That was placed over here against our will. It’s like we don’t exist here in Berkley. Is it because we are on the other side of the water?”

Follow us
In this article:Berkley, Civic League, Grocery, Shopping 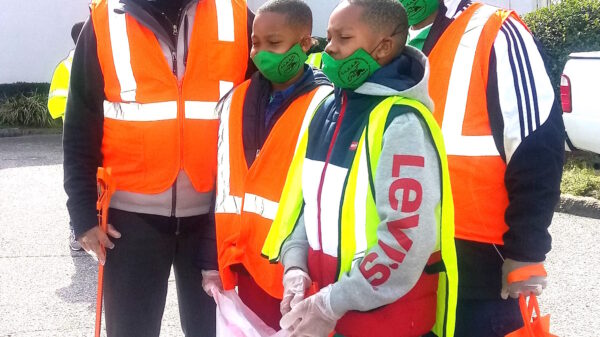 NORFOLK C.L.E.A.N. (Citizens Learning and Educating About Neighborhoods) sponsored a Community Clean Up/ Beautify Berkley Neighborhood on Saturday, March 20, 2021. The association of...