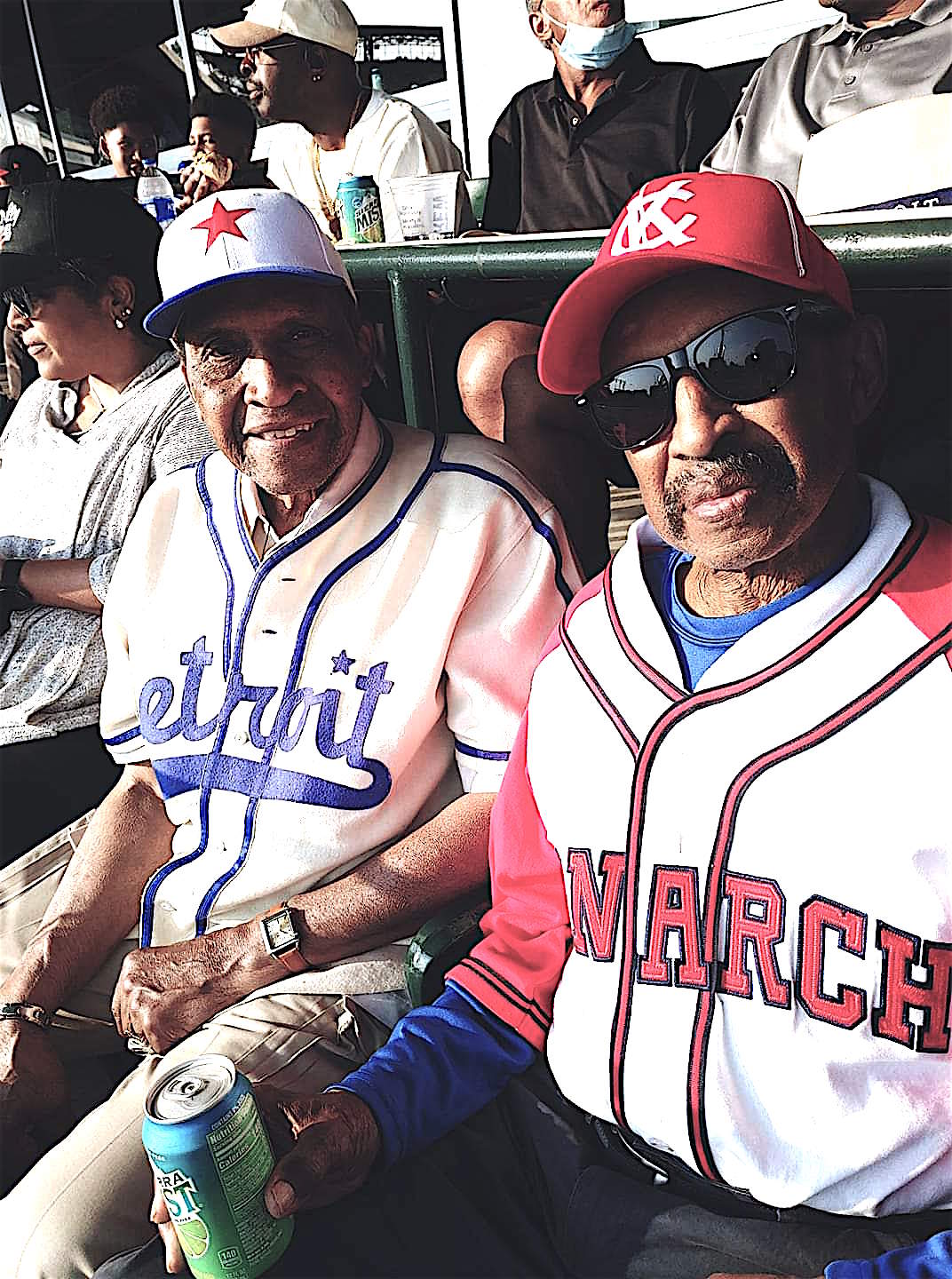 Sam Allen (at right) and Pedro Sierre, who played with the Detroit Stars of Negro League. Photo: Courtesy of Sam Allen

Sam Allen, 85, a native of Norfolk and one of the remaining baseball players who played in Negro League Baseball attended the 19th Annual Negro League Week event in Detroit, Michigan July 30 to August 1. Seven of the players attended. Allen played with a number of Negro League outfits, including the Kansas City Monarchs in the late 50s.

Also attending this year’s event was Minnie Forbes, the female owner of the Stars. The Stars were founded in 1919 by Rube Foster the “father” of Negro League Baseball. She also played for a pro softball team in Rapid City, North Dakota.

Organized by the Detroit Tigers and the MLB, the annual event honors the contributions of the African American men and women who played in the segregated League from its heyday in 1920s to its end in the 1950s. Also appearing at the event from July 30 to August 1 were Black players who were shut out of the white major leagues during those decades due to Jim Crow Segregation.