45 is a mental midget backside projecting a giant shadow of himself -a hologram 100 times his actual size, intelligence and expertise, except when it comes to conspiracy theories’ fabrication, AKA OZ’s (White wanna-be) Wizard.

He demonizes and accuses others of exactly what he has done, would do, is doing, or how he fantasizes others people would see and fear him.

His farcical adventure is filled with multiple examples of Little “D” whipping up fear as his specialty; divisive echo chambered crescendos like slumlord trials (proven guilty, him and his daddy). The Central Park Five full page attack lies- (All FIVE proven innocent by DNA.) The Birther movement originator was proven false by an actual Birth Certificate. Good People On Both Sides (except one side being NAZIS) grab’em by the … just to show the consistent pattern of the mental balding damage.

His business background is littered with literally thousands of lawsuits – unpaid contractors, workers, customers, business partners and disgruntled ripped off people abound. He owned the only known casino in which the House’s cards folded, in bankruptcy.

45 is the “Lie Tester” as he tries out his new material-different sized lies- the way the rest of us change outfits. Only in his outfits, we can’t (as Americans who value truth, justice and the rule of law,) acquit. The brazen manipulation of facts, or worse, the disregard for them, best shows his core attribute; a maniacal, hostile, unloved lonely tyrant who has gotten away with everything his entire White-privileged-silver-spoon-fed-life, until now.

The “give him an inch and he’ll take a thousand miles” is just the key, on the map, of his reality. The only way out of this house of mirrors (horrors) prism is to see his fear projections for what they are, at realistic actual factual size and dimensions. He is the Ghost Busters’ Stay Puff giant in his mind, but only a single lonely mini-me marshmallow in our reality, without all his White noise distortion, over-amplification, allusions, and delusions.

45’s biggest fears are: that his below average grades and school work will be released, showing him to be the over-compensating braggart simpleton tool he is. His stable genius, wisest man, greatest mind, finally debunked, dunked and punked. The x-rays of his bone non-existent spurs show up, courtesy of Viet Nam. His entire net worth(lessness) was not built from a million dollar loan from daddy, but it was his dad’s slumlord empire state that he wanna-be gangsta’ style, stole. Stripped naked, standing all alone, his biggest fear is for us all to see his little tiny hands, front and rear, minus the superficial magnifying orange veneer. Hans Solo, having had to pay all women to be with him, is a Perv-acutioner. He is then finally reduced to his actual size and is seen clearly by all as the Squid “Status Quo” Pro, who is not in the clear.

By looking at him directly his force (full of it) field, is at maximum density. Therefore, to see the real 45, one only needs car side mirrors. It is by looking through them that the reflected non-projected version of real reality is clearly, nakedly, plainly, shown the viewer. Remember, all objects are smaller than they appear.

The good news is that as we move ourselves away from this proven narcissistic failure, 45 and his exposed characterless traits fade, becoming only distant bad memories of his partners’ walks of shame.

The choice is clear. Either you want to live in 45’s reality world of no truth, only lies and no justice, buying into his projections of grandeur. Or you pull the (vote) lever in the privacy of the 2020 election curtain.

In the meantime we impeach in the House, tar and feather him as unelectable- full of bull. The sad excuse is what America is supposed to stand for, produce and export, as leadership. His penalty will be having ALL see him as he is, flawed, de-clawed, and baby pawed. That will be his full frontal projection of the actual factual adulterated truth.

Follow us
In this article:NJG Contributor, Projection, Sean C. Bowers

The Worst News In Our Lifetime

By Sean C. Bowers In 2030, twelve short years from now, man’s persistent global warming habits, if not severely changed, will result in our... 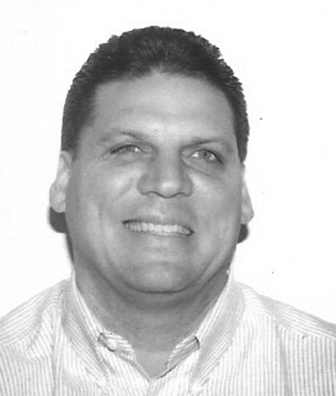 In Nathanial Hawthorne’s novel, “The Scarlet Letter,” a woman who committed adultery was made to wear the scarlet letter, “A” for adulteress, when she...