Hampton Roads has joined the nation mourning and remembering the work and legacy of the U.S. Congressman John Lewis, 80, who died July 17.

Eight months ago, Lewis announced he had been diagnosed with stage 4 pancreatic cancer. He told the media he was “in some kind of fight– for freedom, equality, basic human rights—for nearly my entire life. I have never faced a fight quite like the one I have now.”

Lewis was the generational bridge between the Liberation Movement of the 1950s and 60s in which he participated, and the current one which was ignited by the murder of George Floyd and fueled by the Black Lives

Walking across the Edmund Pettus Bridge on March 7, 1965 to secure voting rights, he was knocked unconscious by Alabama State Troopers.

Lewis was the last surviving member of the cadre of men and women who spoke at the 1963 March on Washington, led by Dr. Martin Luther King, Jr. As the head of the Student Nonviolent Coordinating Committee, SNCC, was 23-years-old.

Those and other events solidified his legacy among the great Civil Rights leaders past and present.

Initially, Ivey was a special assistant in Scott’s office and later ascended to Chief of Staff, a job she held until she retired several years ago.

“I met him while I was just walking through the Capitol trying to find my way around,” said Ivey. “At first, I called him “Mr. Lewis”, then. John. He was friendly and patient with anyone…people and families who wanted to talk and take a picture with him.”

Ivey noted Lewis made his last public appearance on June 8 with D.C. Mayor Muriel Bowser. It was the dedication of the huge 50 foot “BLACK LIVES MATTER” mural. The area has been renamed BLM Plaza along 16th Street. It runs near Lafayette Park across from the White House. A series of protests have taken place there over the death of George Floyd, led by the BLM activists.

Ivey said Lewis’ appearance at the dedication of that modern monument to civil rights activism was shaded in historic Irony.

She said until his death Lewis “was the conscience and the voice for the least of them… who could not speak for themselves in a nonviolent way.”

“The Black Lives Movement is led by young people today,” she continued. “They are continuing the struggle John participated in during the sixties. He managed to bring the fight for freedom full circle.”

Scott, now serving his 13th term in Congress, was a member of the Virginia House of Delegates and State Senate before he was elected Virginia’s first post Reconstruction U.S. Congressman in November 1992.

He said he first crossed paths with Lewis at the Democratic National Convention (DNC) before meeting him in the halls of Congress.

“He was the most respected member of Congress, who spoke with moral authority on any issue,” said Scott. “Whether it was Civil Rights, Voting Rights, or Criminal Justice. He was always honest and focused on keeping his eye on the prize.

Scott is now Chair of the House Labor and Education Committee. He could always count on Lewis’ support on legislation which came before his committee.

It was the worst mass shooting in modern American history, when a security guard killed 49 and wounded 53 people at the Gay nightclub, the Pulse, in Orlando on June 12, 2016.

At that time, Republicans controlled the House of Representatives.

Then as now, the GOP leadership only gave shallow responses to such tragedy. They were not pressed to pass any meaningful legislation to restrict the distribution of assault rifles of the kind used in Orlando.

Days after the shooting, Lewis staged a sit-in on the floor of the House with initially just a handful of colleagues before many others joined him.

“Who was going to stop John Lewis from staging that sit in on the floor of the House of Representatives?” asked Scott. “The Republican leadership adjourned thinking they were going to do so. They even shut down the cameras. But a technician managed to tie into C-Span and the sit-in was streamed live so the nation could see.”

“He just had a resolute presence,” Scott continued. “He saw the ‘Colored and White’ signs over fountains. So, he wanted to do something about it. He marched and he was beaten. That is why he said he was always getting into good trouble.”

In 2016, the same year Lewis staged his sit-in, two months later Cliff Hayes was elected to the Virginia House of Delegates, representing the 77th District in Chesapeake.

Hayes said several years ago he and his daughter, Felicia, attended the National Urban League Convention and they met Lewis who was attending the event.

Also, Hayes said, “he was also willing to impart and share knowledge with people, especially the youth.”

Hayes said during their encounter Lewis, he took time to “talk to my daughter, Felicia, about not giving up fighting for equality…not just for self, but for following generations.”

Carlos Clanton is now a member of the Norfolk Public School (NPS) Board, and the Vice President of Organizational Development for STOP, Inc,

In 2016, as a leader with the Urban League of Hampton Roads, he attended a roundtable forum at the White House, during the waning days of the second term of President Barack H. Obama.

The forum was called the Intergenerational Forum of Civil Rights Leaders, hosted by the president.

Clanton recalled Congressman Lewis and Rev. C. T. Vivian both were at the meeting.

Contemporaries in the Movement and life, Vivian and Lewis died within hours of each other on July 17 at their respective homes in Atlanta.

Clanton said that during the roundtable discussion hosted by the nation’s first African American President, the topic of motivating youth to participate and be vocal to continue the struggle for Civil Rights was discussed by the participants.

He said that he was floored at meeting face to face with the President.

The sit-ins at the lunch counters, attending all-white schools in isolation, freedom riders going down South to register Blacks to vote, being jailed, mauled by dogs in places like Birmingham, it was Black youth who were

at the forefront the 60’s Civil Rights Movement.

“When Lewis attended the dedication of the

Black Lives Matters Mural, he spoke about the importance of youth being active in today’s Movement,” said Clanton. “I think that was symbolic. He and

Rev. Vivian have passed the torch on to another generation who must now continue the fight for freedom and equality.” 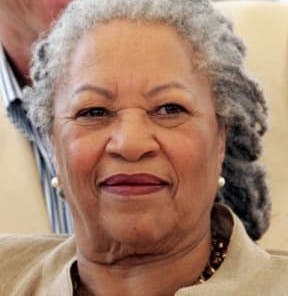 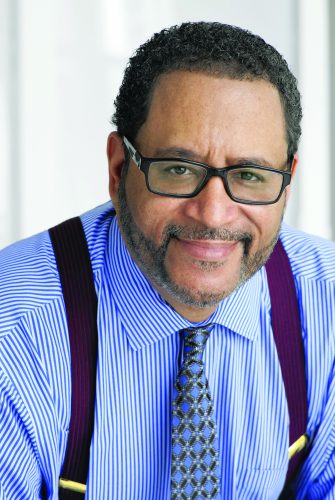