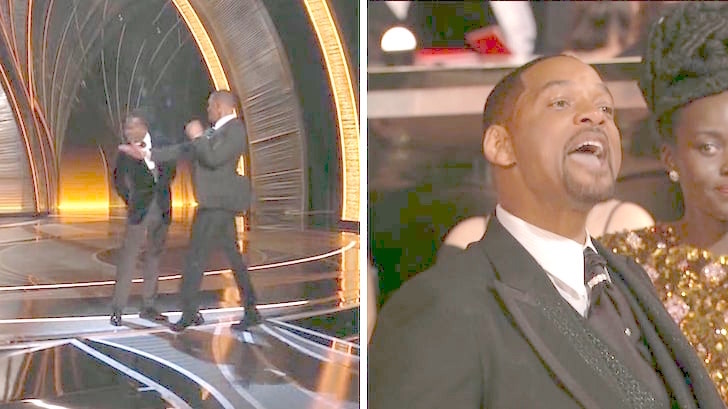 One of the most memorable moments of the 2022 edition of the Academy Awards show was the slap delivered by actor Will Smith onto host Chris Rock. Chris’ snide remarks directed to Jada Smith, who suffers from alopecia, hair loss that can be caused by an autoimmune response, were not well received by Will or Jada.

The incident ignited debates on men protecting the dignity of their wives, the inability of men to control their emotions and how the incident furthered negative perceptions of African American men.

But one of the most positive effects of the incident, especially for many African American women has been their embrace of the reality that they, too, have Alopecia Areata.

Charlene Butts Ligon is the daughter of Evelyn Butts, the Norfolk woman whose name was on a lawsuit that ended the poll tax in 1966. It was one of the Jim Crow-era barriers deterring African Americans from voting.

In the mid-1990s, toward the end of her career in the Air Force, Ligon began to see the first signs that she was suffering from alopecia.

“I am now rocking my bald head,” Ligon said in her posting declaration on Facebook days after the controversial incident on the Oscar’s Broadcast.

“I have traveled a long road to where I am today,” she wrote in the FB posting. “By 2007, I had lost quite a bit of hair. I began wearing a wig that year. I was uncomfortable going out in public with my bald spots. After all, women are expected to have hair.”

Times have changed concerning women’s hair and hairstyles, especially Black women’s hair. For Ligon, her transition in wig style moved from straight to curly hair. And then she began to take off the wigs.

“My husband has been encouraging me for a long time to take off my wig and rock my bald head. I am excited and a lot more comfortable without a wig.”

Along with the incident involving Smith and Rock, she was headed to Washington, D.C. for the DNC Winter Meeting.

As a protocol for security, she and hundreds of other passengers had to pass through a TSA x-ray machine. “The x-ray machine picked up the metal clips on my wig, “ she recalls. “The Transportation Security Agency (TSA) then said she had to conduct a search of my hair. They searched my hair and that was the first time that has happened.”

Ligon said that she was surprised at Smith’s behavior which she called “out of character.”

She described him as successful, smart, and raised in a relatively stable family despite the incidence of domestic violence his father inflicted on his mother, according to a recent biography she bought and read.

“I, in no way condone the violence of Will Smith at the Oscars,” she said. “However, I can identify with Jada Pinkett Smith. Hopefully, the new dialogue generated concerning women’s hair loss will help others.”

Ligon left Virginia in the early 70s and landed in California. Then she enlisted in the Air Force and got stationed in 1992 at Offutt AFB, in Bellevue, Nebraska, a suburb of Omaha. She retired in the area in 1995.

In 2017, she wrote a biography about her famous mother, “FEARLESS: How a poor Virginia seamstress took on Jim Crow, beat the poll tax, and changed her city forever.” The book is an account of her mother’s humble beginnings and involvement in civic and political activism in Norfolk, her hometown.

Ligon said most of her close family and a few friends know she has Alopecia. She said due to COVID, like millions of others she did not wear a wig while shut in the house and only ventured out to buy groceries. Most Democratic Party meetings were virtual, until recently as the COVID scare has subsided.

She described how she first wore a short straight wig, then a short curly wig which she thought best represented her natural hair. She said she regularly shaved sprouts of hair to deter it from growing out from under her hairpiece. “It took a while for me to admit that I had it,” she said. My husband supported me. He said I had a nice bald head. But you know hair is very important to women. It is our crown…it represents us and our sense of beauty and style.”

Ligon said that she was diagnosed years ago with Graves Disease, another autoimmune disease. She said that several of her aunts and her grandmother also suffered from, alopecia. “I feel better about doing it,” said Ligon, who is now 73. “I am doing it in solidarity with Jada and Congresswoman Ayanna Pressley and other women who are less adventurous than I am. I am owning it.”