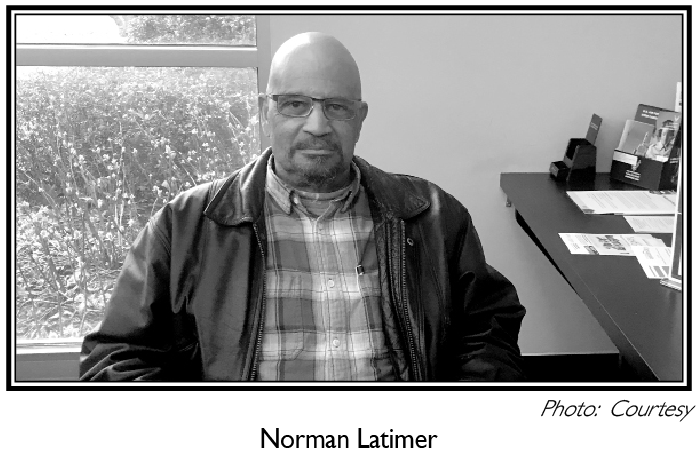 I continue to assist multiple Disabled American Veterans (DAVS) who served in the Vietnam War; processing their individual VA Benefits and receiving their individual 100 percent VA Benefits. However, it’s become a vicious dilemma when the Claims Intake Center denies the claims, leaving the DAV struggling for years, over and over again knowing that their individual service-connected ailments are the exact ailments caused by exposure to Agent Orange.

In the previous article, I expressed how I assisted DAV Edward Jefferson, (93-years-old Vietnam Veteran) to acquire 100%, but he passed away before enjoying the benefits due to many years of denials without the VA considering his severe service-connected ailments. He had direct exposure to Agent Orange and Asbestos from serving on 38 Naval Vessels, while enlisted in the U. S. Navy. It is unfortunate that he received over sixty years of denials.

In addition, DAV William Byrd, another Vietnam Veteran, passed away when I visited him in the Hampton VA Medical Center to have him sign his completed application for additional benefits. He had received only 50 percent as a Vietnam Veteran. What a disgrace to this nation for allowing circumstances with other defining characteristics that caused the DAVS many years of sufferings and subsequently causing their demise.

It’s hard to comprehend that it has been 75 years since the Vietnam War began and this nation is responsible for developing and spraying this deadly herbicide not only on the foliage in the Vietnam War, but the U. S. Armed Forces serving in that War.

In a recent news article that I read in the Virginian Pilot, published in February, 2019, “Our Views,” titled, “Courts Correct On Vietnam Benefits.” …This article has been nearly a century past due since the 1900s, and continued to stipulate, … Thank Goodness the Federal Appeals Court in Washington, D. C. reverted on injustices in January, 2019 … by ruling that the 100s of thousands of Vietnam Veterans who served offshore have developed Agent Orange … severe health-related ailments are eligible for the same disability benefits available to them who served on the ground … (Boot On Ground) … or on inland waterways.

“These Veterans should not have had to wait for …more than a … 73-years-old appeal to a decade-old ruling to make its way through courts.”

“Ideally, members of Congress would have done the right thing long ago … and … should … apologized for their foot-dragging and hastened to right a wrong. They should have made sure that any … Vietnam Veteran’s health problems related to the use of Agent Orange to clear Vietnamese jungles are afforded all the help they need.”

“Unfortunately, Congress took too long to step up to do the right thing.”

I am sure that everyone reading this article can agree that this nation owes a substantial amount of everything to all U. S. Armed Forces who served in the Vietnam War; their rightful VA Benefits, without questions. Agent Orange exposures caused the continuous sufferings of the Vietnam Veterans whether on the grounds or on ships, off shore. This could truly end the hurdles of acquiring physicians to diagnose and clarify that the dangerous contaminant called Dioxin, used in Agent Orange, caused the Veterans service connected ailments. This dangerous and highly toxic contaminant is a persistent organic pollutant linked to Cancer, Diabetes, Birth Defects, and many other disabilities.

Now, let’s hear from this Vietnam Veteran’s suffering for years from the exposure of that poisonous herbicide which has caused the suffering and death of hundreds of thousands of that era until this very day.

IN MY OWN WORDS:

I, Norman Latimer, enlisted in the U. S. Air Force on 7/14/1966 until 07/14/1970. I completed Boot Camp at the Amarillo Air Force Base, Texas. After, Basic Training, I was stationed at Moody Air Force Base, Valdosta, George. From this location, I was shipped to Ben Hoa, Vietnam, Boot on Ground.

While stationed in Ben Hoa, Vietnam, Boot on Ground, in that Vietnam War, I endured severe exposure to Agent Orange and can directly stipulate that the ailments I have suffered with to this day are related to that exposure.

Since that time until now, each day and night, I was traumatized with fear, because there were constant ammunition and explosions without end; finding it hard to sleep with visions of being at the direct sight of the Vietnam War; trying to fight my way out of severe episodes of being attacked by the Vietnamese.

In addition, I can visualize to this day, while sleeping in the Barracks in Ben Hoa, Vietnam, my being sexually assaulted by another Airman in the Barracks. I awoke finding that the Airman was pulling my pajamas down and fondling me. This frightened me so bad that he and I had a severe confrontation. As a result, I was so scared that this act contributed to additional sleep deprivation because I continued to fear that I was going to be raped by this Airman and was too ashamed to report the horrible encounter. The Vietnam War was horrible enough to endure.

I have heard of MST(Military Sexual Trauma), but I never thought that I would have to experience such a horrible experience. The abuse severely traumatized me, because I am not a Homosexual nor showed myself in my entire life as one, especially while enlisted in the U. S. Air Force. It caused me so much trauma, in addition to trying to stay alive from serious explosions and heavy artillery.

I can truly say that I have been affected by the severe anger, anxiety, nightmares, flashbacks of constant threats of being bombed to pieces from the heavy ammunition, including not sleeping well enough which has been a severe problem of sleep deprivation, as previously mentioned above.

On another occasion, the noise of the constant ammunition and bombing caused a portion of the Barracks where my Unit was stationed to be attacked so bad that I found myself not able to acquire access to the first floor. I had to jump from the second to the first floor which caused severe damage to both of my feet. I was taken to the Medical Unit to have myself examined. My feet were bandaged and I had to use crutches for several weeks. I can say that over the years it caused me to have problems to the point of having two hip replacements with other developing ailments as Degenerative Arthritis all over my body.

Although, experiencing multiple episodes of the horrible Vietnam War, I find myself trying to cope with being diagnosed with memory loss. In addition, other ailments are seriously a direct exposure to Agent Orange, because it was everywhere in that War. I continue to experience the trauma of having severe nightmares and flashbacks of what I experienced while coping with daily routines of my life.

To this day, I find it hard to image that my wife and I haven’t slept in the same room for over 10 years. All due to the horrible experience of that War in Vietnam and exposure to Agent Orange. This severely bothers me, because I love my wife and don’t desire for anything to happen to our marriage for over 35 years.

It’s hard to forget the episode of nightmares and flashbacks that’s hard to cope with the scary times, being attacked and possibly killed while serving in the Vietnam War, Boot on Ground. In addition, I delved into heavy substance abuse with the use of Alcohol and Marijuana in order to cope with the internal trauma of what I had to endure. How can anyone serving in that Vietnam War cope? I had to drown out the horrible thoughts, then and now, of that War which has caused me severely suffering with service connected ailments.

Although, I have had to struggle all these years since that horrible War, my wife has stayed with me throughout all that I’ve experienced. And I shouldn’t continue to show anger towards her in anyway. But, the severe trauma of that War severely destroyed the individual I was before being stationed in Ben Hoa, Vietnam War, Boot on Ground.

However, it becomes a life time experience to meet someone as Dr. Vivian Anderson and having her understand all that I experienced and endure to this day.

I have read her previous articles published in the New Journal and Guide and it is a welcome experience to know that she is dedicated to guiding, counselling, directing, explaining, and much more, towards assisting me with the knowledge that will soon have me awarded the VA Benefits that I and my family so desperately deserve.

It is a privilege to meet Dr. Vivian Anderson, dedicating time with a passion to assist DAVS with their individual claims.

“What Say You, America?”

Follow us
In this article:Benefits, Denied, VA, Veteran, Vietnam War