On Monday April 29, a hearing will be held in Circuit Court, to hear pleas from activists to impose an injunction to end Norfolk’s delay in removing its Confederate monument located downtown.

If the judge does accept their effort to impose the injunction, then she could schedule a trial to hear the merits of the opposing arguments or accept the activists’ design to have the city remove it immediately.

“This hearing is going to be a mini-trial,” said activist Roy Perry-Bey. “We are going to give our best legal arguments. We will also have experts and witnesses who will show the Monument represents white supremacy and is not to honor or respect the Confederate dead and soldiers.”

Perry-Bey/Green Vs. The City of Norfolk was filed last March.

Two weeks ago Circuit Court Judge Norfolk Circuit Court Judge Mary Jane Hall refused to hold a hearing where activists Roy Perry Bey and Ronald Green presented their reasons for an Injunction of the city’s delay in carrying out a resolution it approved 20 months ago calling for the removal of the structure.

Hall delayed the hearing because the City Attorney said that the city had not been formally served with the documents from Perry-Bey and Green calling for the Injunction.

But the two activists said that excuse and the city’s claim it was awaiting an edict from the courts to determine if it could overcome a 1904 law forbidding locales from moving such Monuments by the state were not viable.

The state code does not cover monuments owned by cities such as Norfolk built before the rewriting of the Virginia State Constitution in the early 1900s.

The State high court refused to even hear the case, thus the Danville Circuit Court ruling stood that the city must move the monument.

“So the Norfolk council has passed a resolution to remove it, the city’ s Commonwealth Attorney and the state’s Attorney General have given them guidance that they can remove the thing,” said Perry-Bey. “So there is no reason for them to further delay its removal it passed many months ago.”

While the state code bars locales from removing the structures without its permission, the city is using a unique path around it.

City Attorney Bernard Pishko said that his office would file a brief stating the city’s First Amendment Rights of Freedom of Speech was being restricted.

He also said it also the 5th Amendment because it deprives the city of the right to use its property how it wants.

Pishko said Norfolk’s Confederate statue “has an expression” and is saying something thus, “it is speech.

“The city painted itself into a corner, with all of its excuses and delay tactics used to keep that confederate monument standing,” Perry-Bey told the GUIDE.

On the same day, in Forsyth County (Winston Salem), a judge continued a motion by the United Daughters of the Confederacy (UDC) for a preliminary injunction to restore the Confederate monument to its former location in downtown Winston-Salem.

Superior Court Judge Stanley Allen told lawyers for the parties that he will hold a hearing on the case on April 29. Judge Allen had previously granted a continuance at the request of the UDC to motions to dismiss filed by defendants, including the city of Winston-Salem,

Forsyth County, and the owner of the property where the monument was formerly located. 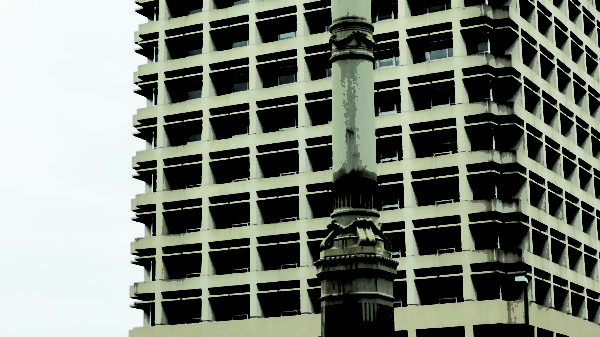 NORFOLK, VA In the interest of public safety, the remaining portion of the downtown Confederate Monument will be removed beginning Tuesday morning, June 16. ...