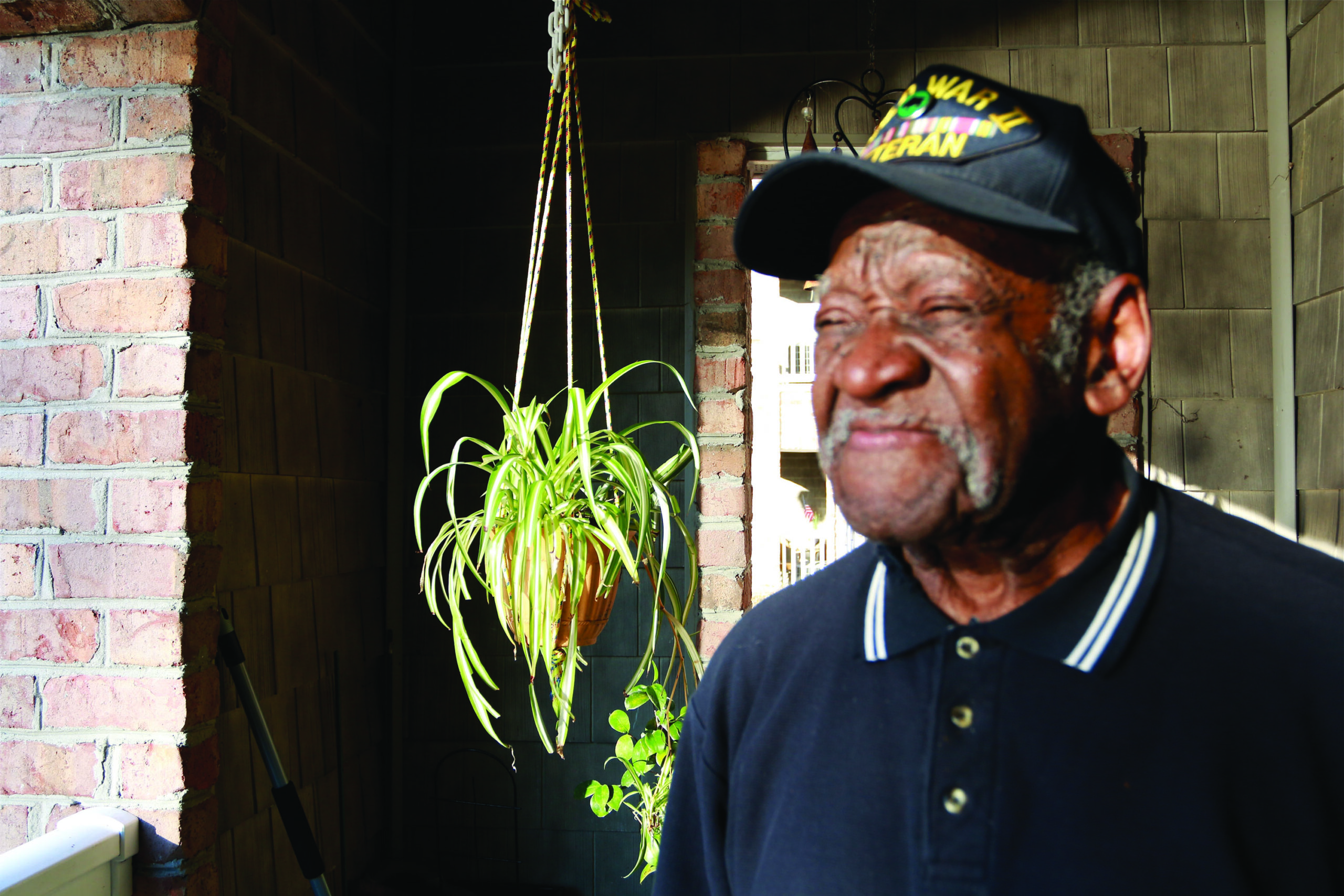 This week, the 75th anniversary of the Japanese attack on Pearl Harbor takes place. Events on December 7, 1941 pushed the United States into World War II.

The war had been waging for three years prior to the attack on America, as Japan already had invaded many of its Asian Pacific neighbors, and Germany was marching through eastern and southern Europe.

On the day of the attack, Dorie (Doris) Miller, a Black man and a mess cook on the USS Nevada, helped defend the ship from attack by firing at Japanese warplanes, seeking to destroy various vessels anchored in the Harbor. It was a job he had not been trained to perform.

Miller was heralded by the Black Press and his heroics were used to sell savings bonds and to inspire other Black men to fight for their country.

At that time, the military was strictly segregated by race and opportunities.

Nevertheless, thousands of African-American soldiers heard the call, and enlisted to fight for their country as well, in North Africa, Europe and the Pacific.

There is an ever-shrinking number of men and women who are alive today to share their memories of the war.

Current and future generations must then rely on museums, words on the pages of books or the cinema to tell their great stories.

Joseph Purvis, who lives in Norfolk remembers the war. He served in various units, and one of them was the famous 92nd Division, called the Buffalo Soldiers, a special fraternity of soldiers dating back to wars against the Native Americans in the western plains.

During WWII, Blacks served in segregated units from White soldiers, and the 92nd Division was the largest of them.

For Purvis, memories of his experiences were left untold for years. One instance in which he did, was in 2009, while babysitting his great grandsons, Isaiah and Khalif as they sifted through a scrapbook devoted to the famous fighting unit.

“It was painful to recall how inhumanely Black men were treated by the nation we were fighting for at time. Racism still exists today and they have heard and read about it and may experience it. But I wanted to tell them about what I experienced.”

His daughter, Linda Goss, said she and other relatives were surprised, too. Goss, a writer, and former educator, lives in Virginia Beach now.

She managed to record her father’s recollections for his WWII era experiences and has sent it to the Library of Congress, where it will be recorded with the memories of other warriors, Black and White.

“It was the year 2000, and we were all sitting down to Thanksgiving dinner,” recalled Goss. “And Dad just started talking about his experiences during World Ward II. My brother and I just looked at each other because he had never talked about it. It’s good that he finally shared those experiences with us. It was like he was being relieved of a burden he had carried for years”

Purvis was born in Scotland Neck, North Carolina, a small hamlet of about 1500 people. But he was considered “a city boy,” compared to folk who lived outside of it.

His father died when he was three-years-old and his mother worked three jobs a week for White families doing various jobs to feed and clothe him and his siblings.

Purvis began working early and he recalls that he was reminded of his place in 1930s Jim Crow North Carolina.

“I worked for a White man who did not call us by our names,” recalled Purvis, who did graduate from Brawley High School in 1942. “It was nigger this and nigger that. It was the way it was. I knew I had to get away from there.”

Purvis believed his fortune and treatment as a Black man would be found elsewhere and his first port was Norfolk, Virginia.

“I got a job being trained repairing shoes on Freemason Street,” he recalled. “I saw my first stoplights,trolley cars, paved streets, Black-owned theaters and churches and schools.
There was so much there. I also got work at a hotel in Virginia Beach. I got a lot of job skills here.”

But Purvis had his hopes on bigger opportunities and brighter lights in New York City, and in 1942, he caught the Greyhound Bus to the Big Apple, where his sister, Minnie, lived.

She helped him get a job as a superintendent in an apartment building and part of his pay was free rent. Purvis said he joined forces with an old classmate to move to Manhattan to “ become a real city guy.”

He shared an apartment with his old friend and landed a job pushing carts of garments.

At the same time, the war in Europe and the Pacific was waging. One by one his friends were being inducted into service and he volunteered to fight for his nation in the Army in the summer of 1943.

He left Penn Station in a train full of young men who represented New York’s cultural and racial rainbow.

“There were Blacks, Italians, Spanish, and Jews; we were all getting along and having a good time,” recalled Purvis. “We were all going through the process of serving and fighting for our country.”

But once the train reached Fort Upton, the reality of the country’s racial divide became clear to Purvis and other Blacks as they disembarked from the train.

“When we arrived, all of the races were together on one train. When we left for Texas, Blacks were on one train and Whites were on another.”

Purvis and his fellow Black troops were shipped off to Fort Clark in Texas, where they were housed in tents rather than the wooden barracks where the White troops were located.

“We were assigned to the Calvary where we were riding horses and not machines,” he recalled. “We went through basic training to prepare us to fight for our country. I was assigned as company clerk and mail orderly of Troop B. because I could read.”

Purvis also instructed other Black soldiers how to read.

There were a few Black officers.

In his memoir written by his daughter, Purvis recalled that the nation’s only Black General Benjamin O. Davis, Sr., would address his unit. And, he recalled, “We were so proud to hear from him.”

The Black officers and enlisted also wanted to complain about the food and other disparities faced by Blacks.

“I was in the office when I overheard the First Lieutenant tell the First Sergeant that General Davis responded to our complaints by saying, ‘I am your color but not your kind’,” recalled Purvis.

In his memoir Purvis said he was disheartened by Davis’ acceptance of inhumane treatment of his fellow Blacks.

The Black Press, according to Purvis’ memoir, heralded the dispatching of Black troops overseas to fight for democracy. Purvis was part of the 2nd Calvary that was shipped from Fort Clark, Texas to Camp Patrick Henry in Newport News to board the USS Mitchell to North Africa in March 1944.

…To Be Continued
Next Week