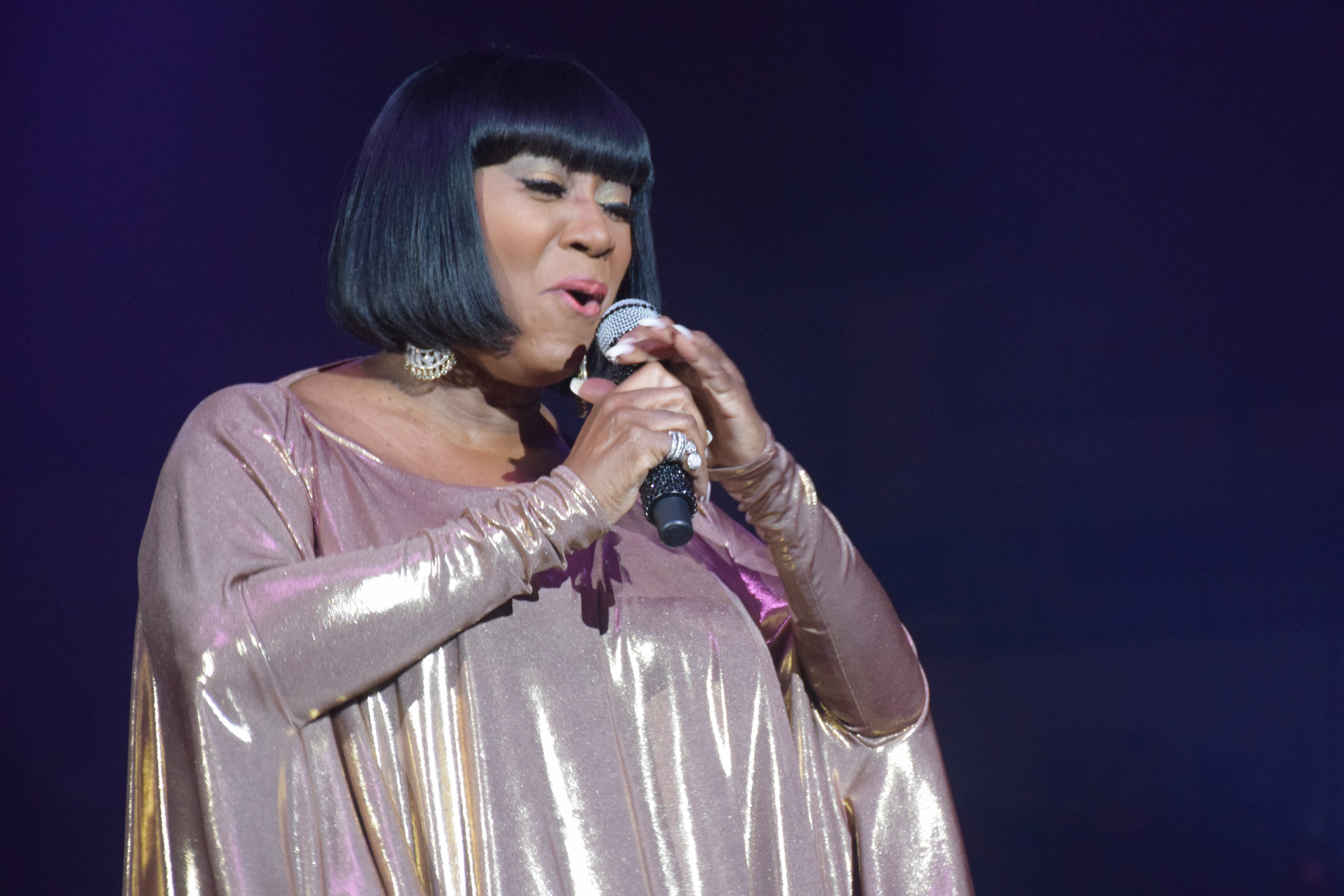 This year the Hampton Jazz Festival celebrated its 50th Year. What started as a Jazzy musical celebration of the 100th anniversary of (then) Hampton Institute in 1968 has evolved into an annual reunion of a sort of people from all over. A place to come to See and Be Seen. The first festival was held at Armstrong Field and moved to the Hampton Coliseum in 1970.

The first concert participants were mostly straight forward Jazz Artist. It included The Thelonius Monk Quartet, Wes Montgomery, The Nina Simone Trio, Count Basie, Cannonball Adderly, The Dizzy Gillespie Quintet , and Ramsey Lewis among others. It has transformed into a righteous mostly R&B/Soul music festival with some intermingled jazz acts to add some cred.
Friday night was no exception. The lineup: Gerald Abright and Jonathan Butler (Openers), Brian Cullbertson, Kem, and Jill Scott.

Albright and Butler were enthusiastic being the opening act with the late stragglers arriving searching for seats. Albright blew his sax and Butler gave it his all on guitar and vocals. They alternated time on the stage, also performed with each other. The highlight of their set was a Bluesy version of James Brown’s It’s A Man’s World on Tenor Sax. It had the crown immersed almost as if they were expecting The Man With the Cape on Stage. Another part of the set saw an audience Soul Train Line snaking through the front part of the floor.

The next act, Brian Cullbertson was surely the Apex of the evening. He looked and sounded like a Ball of Red and Black Energy. He played his keyboard and trombone. His band included a very Funky Horn Section that kept up with him throughout. They tore up some Funk Classics: Brown’s I Feel Good, Kool and the Gang’s Hollywood Swinging. He then slowed the tempo with his classic “Come to Me.” He simply caressed the keyboard. The crowd was so with him you could hear people breathing. He ended with “Play That Funky Music White Boy” and played he did. He was given a Standing O with the crown hungry for more. Might not be a bad idea for him to come back and headline one of the nights in the future.

Next up, Kem. Slowed the pace way down. The audience appeared somewhat perplexed as to how to react. Puzzled looks at first, then they caught the slower vibe. He did his loves songs with an abundance of “Girrrrls” thrown in. His silky soul voice did justice to his catalog of hits. He complained the piano was not tuned and did not play it. His keyboard player in the band took up the slack. Nice slow set for the couples in the audience.

Last and of course not least was Jill Scott. She started Living her Life Like It’s Golden. She truly got the audience engaged with “The Way.” They knew it word for word and heartily sang along, sometimes for her as she held the mike their way. She continued with no not so familiar slower paced songs. The audience slipped away, figuratively and literally. Folks left in droves. It could have been the lateness of her set or the mood. Hard to figure out. She sang and she sang. They left. She gave it her all. The night could have been a bit shorter.

All and all a great night of music, fun, outfits, reunions and reminiscing. 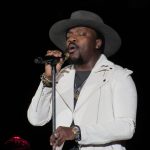 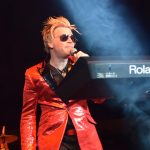 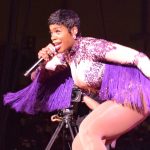 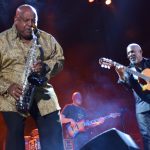 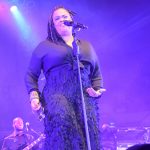 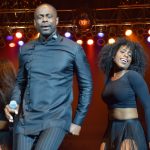 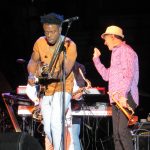 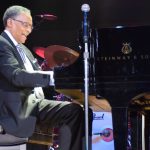 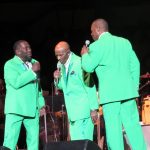 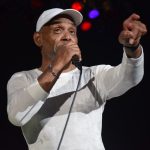