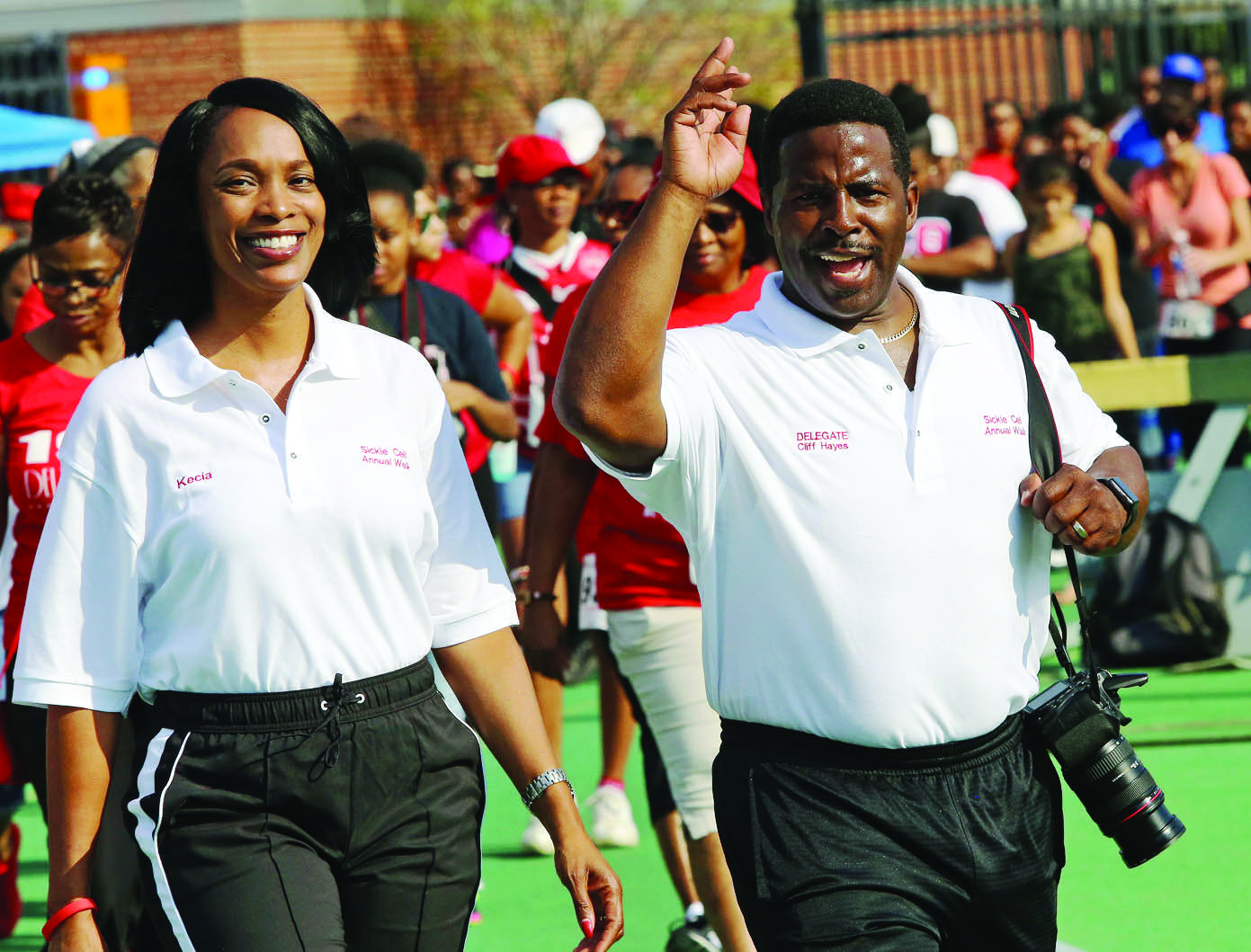 NORFOLK
Several hundred people turned Saturday out at Dick Price Stadium on the campus of Norfolk State University to support the fight against Sickle Cell disease. The fund-raising walk raises money to continue to combat a malady that affects so many in the African-American community.

This annual walk was the twenty-third held at NSU. Jessie and Phyllis Coley, both Spartan alums, were instrumental in convincing then-president, Dr. Harrison B. Wilson to support the greater Norfolk community in this important effort.

Virginia Delegate, Cliff Hayes was the honorary Grand Marshal for the event. He and his wife led walkers comprised of fraternal and civic groups, family and friends teams, as well as individuals – some jogging – around the track of iconic home of the NSU Spartan athletic teams. Jessie Coley, along with his wife Phyllis, first convinced NSU to support the Sickle Cell Walk at the HBCU
23 years ago. Marchers at the
Sickle Cell Walk.