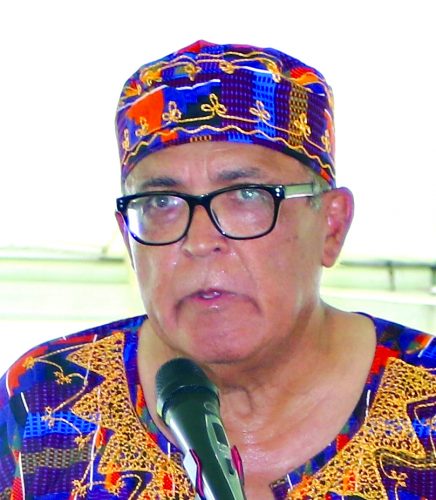 On August 25, 1619, the first ship carrying captured Africans landed at Point Comfort (today’s Fort Monroe) in Hampton, Virginia. From that perilous landing, their presence has had a profound impact on the cultural manifest of America’s past and still impacts the socioeconomic and political disparities facing families of color today.

The first Africans did not arrive at Ellis Island, Plymouth Rock, or Jamestown, but arrived as captured human cargo on the high seas during the transatlantic slave trade.

In August 1619, the English pirate ship, the White Lion, landed at Point Comfort carrying the first 20 and odd

Africans who had been captured from the Spanish slave ship San Juan Bautista in a fierce battle in the Bay of Campeche in the Gulf of Mexico.

The first enslaved Africans who were brought to Point Comfort were not immigrants, but their landing was one of the most significant events in our country’s history. The first generations of Africans brought to Virginia were captured from the Angola region of Africa.

Those first enslaved Africans were skilled farmers, herders, Blacksmiths and artisans. They had the perfect skill set needed for the colonies to survive. Along with their culture, they also brought many ideas and innovations, including food, crop cultivation, music and dance.

It was their unbridled spirit and labor that helped build

Hampton, Fort Monroe, and America, but they toiled through many generations of unpaid bondage, civil unrest, and the march for civil rights, before their descendants became legal citizens.

Those first twenty and odd enslaved Africans who arrived at Point Comfort marked the beginning of 246 years of unpaid servitude. For the first two generations from 1619 until 1661, many of the enslaved Africans were granted their freedom and in some cases were able to purchase the freedom of their relatives, start their own homesteads, and employ indentured servants. Slavery was legalized in Virginia in 1661.

Slavery is the biggest human transgression perpetrated by one human being on another in America. And through it all their descendants have endured with dignity the cruelest barbaric acts of enslavement.

They have endured through the Jim Crow era, segregation, and the disparity of basic human rights. The chains of slavery have now become racial profiling, unfair prison sentences for minor crimes, and the risk of getting stopped merely because the color of your skin or arrested for a crime you did not commit.

Young girls are being captured and forced into human trafficking and the sex slave industry.

Two of the original Africans who arrived on the White Lion in 1619 at Point Comfort were Antoney and Isabella. In the January 1625 census, those two Africans, Isabella, Antonio and their son William were living in present day Hampton in Capt. William Tucker’s home, who was the commander at Point Comfort (today’s Fort Monroe). Their son William is the first documented African child born in English North America. He was baptized on January 4, 1624.

“We hold these truths to be self-evident, that all men are created equal, that they are endowed by their Creator with certain unalienable Rights, that among these are Life, Liberty and the pursuit of Happiness.

—From the United States Declaration of Independence, Adopted on July 4th 1776.

With this declaration the thirteen independent sovereign states, ratified their independence from British rule. But it did not provide independence to the millions of slaves still being held in bondage. Their freedom and independence would be delayed another 109 years until the Thirteenth Amendment to the United States

Constitution abolished slavery and involuntary servitude, except as punishment for a crime in 1865.

In 2019 America and cities throughout Africa will commemorate the tragedy of slavery but will also recognize the contributions that people of color have sacrificed through adversity to make America the great nation it is.

As people converge on Hampton and Fort Monroe, let’s make 2019 a year of reconciliation and healing. Let’s join together to appreciate our differences and diversity that makes us all Americans.

Calvin Pearson, a native of Hampton, Virginia, who is Founder of Project 1619 Inc., has spent the last 35 years researching the true story of the landing of the first Africans in English North America. Through his initiative to promote the corrected narrative of the African ancestors, Point Comfort, present day Fort Monroe in Hampton, Va., is recognized as the official landing site.

Follow us
In this article:African, First African's, Hampton, Landing 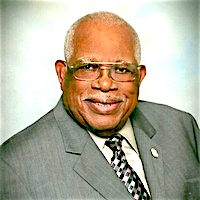