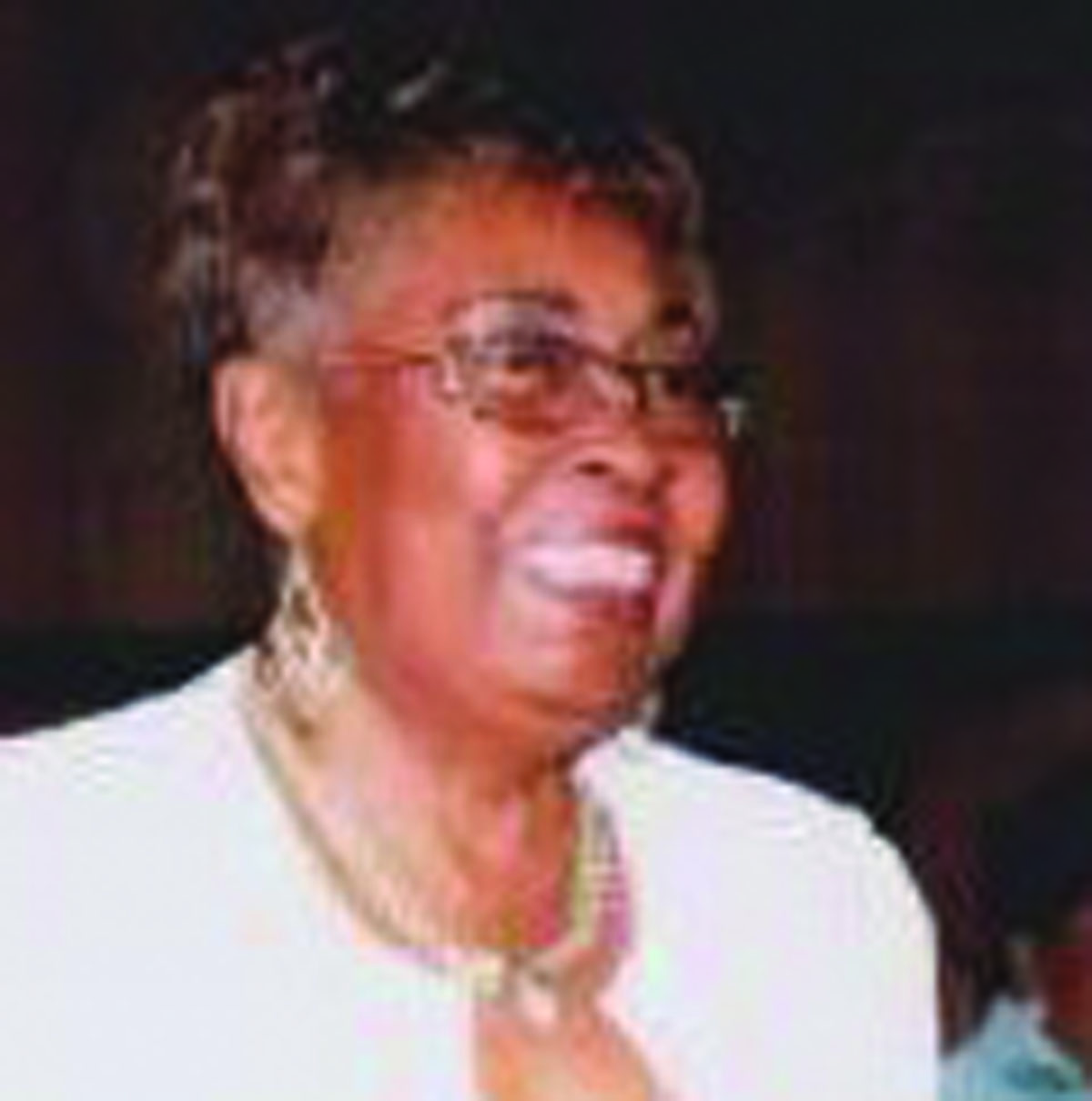 NORFOLK
One of Norfolk’s most esteemed Black business owners has passed at age 90. Lucille Jones Seals, owner of the Mark IV Restaurant and Lounge, passed on December 12, 2017 after a brief illness. She was an entrepreneur of various businesses with an impact that was felt by many for more than 50 years.

Seals was working at Russell’s Grill on Church Street during the late 40s when it was the watering station for famous entertainers and stars of the Black music scene. Church Street at that time was the place to be for Black commercial enterprise, entertainment and cultural enrichment.

She would later assume the role as owner of Russell’s Grill and change the name to the Mark IV in 1972. That Mark IV lounge closed in 1984 when the city began to redevelop Church Street.

In The late 80s, with the construction of the new Church Square Shopping Center, Seals was on board to open a new Mark IV Lounge in the Center where it remains today.

Lucille J. Seals leaves to cherish her memory, a very special friend Otis Henry Jr. and one sister Denise J. Parker and a host of nieces, nephews, other relatives and friends.
Please see our story below on Lucille J. Seals from the August 31, 1988 pages of the New Journal and Guide.

NORFOLK
It is an early sultry, summer evening.

The face of the sun is now hidden under a sheet of cloudy dusk. The street lights flicker on, revealing the hustle and bustle of Church Street under the stars on a Saturday night.

A line is forming outside the Regal Theater. Tonight the audience will take in a movie starring a new actress called Ruby Dee in an all Negro movie “What A Guy. ” After the movie, patrons – in one and twos – will stroll over to their favorite saloon for a nightcap, to dance and chat with friends.

A couple stands tightly together.

“I would rather see the Gary Cooper movie at the Attucks Theater up the street,” the husband says, while lighting a cigarette.

The wife signals her silent determination to see Ruby Dee.

A silence falls over the throng of anxious moviegoers.

The door to the Russell Grill falls open, patrons enter the highly-lit place and a loud blast of Blues spews from within, onto the street and the unprepared ears of the moviegoers.
“That was Billie.. Billie Holiday. She must be playing tonight,” the wife said.

She is mesmerized by the thought of Holiday, the brilliant and energetic ebony songbird … “Lady Day” … as she is known during the heyday of her singing career, visiting Norfolk and so close.

“I sure would like to hear her sing ‘God Bless the Child’ just one more time.”

That night it would be Billie Holiday. The day after, Nat King Cole. A week later, Cab Calloway or Billy Eckstein.

Russell’s Grill was the watering station for these stars of the Black music scene of the 1940’s – during the heyday of Church Street when it was the place to be for Black commercial enterprise, entertainment and cultural enrichment.

Lucille Seals was working at Russell’s Grill during the late 40s. She would later assume the role as owner and change the name to the Mark IV, the name it carries with great recognition today.

The old Mark IV closed in 1984, the causality of a redevelopment wave which is rolling down Church Street. The wave of redevelopment will eventually wash away the sands of economic blight and inner city decay.

Originally known as Russell’s Grill, it was later named Archie’s, and then in 1972, Mark IV, by Seals.

As a Black center of commercial trade and entertainment, Church Street had its heyday during the 30s, 40s and 50s era of commercial, racial and segregated Norfolk.

“There was no other place to go except Church Street for Black people,” Seals told a GUIDE reporter.

With the emergence of the integrated economy, Blacks began to move to once all-White parts of Norfolk or suburbs. The inner city shopping areas of Church Street and Granby lost favor by the mid-1970s.

Instead the clean, safe shopping centers and indoor malls with abundant parking and good prices, would lure them away from downtown.

As their customers drifted to the suburban scene, the merchants, feeling the financial pinch followed suit.

Today a multimillion dollar government and private effort to revitalize the Church Street, Olde Huntersville business and residential corridor of downtown Norfolk, where Black people for generations have called home is underway.

Recently the $1.5 million Church Square Shopping Center was opened, near new apartment buildings which are springing up. Land is being cleared for future development of commercial and residential ventures.

And some of the old Church Street is returning, too.

But Seals has fond memories of the original spot – a place she deems a landmark by any standards. It was located in the 900 block of Church Street where the Norfolk Packing Company (once sat).

Being that it was the central hallway for Norfolk Black’s commercial and entertainments, Seals describes the Church Street of the late 40s and 50, “when it was busy place.”

“On Friday, and Saturday night, you could not move along the sidewalk – there were so many people,” she recalled.

Farmers (and their families) from the country (came in) to the see a movie or wonder at the neon lights flashing like current energizing the city and the people who lived there.

Sailors, soldiers and airmen taking leave from their military regimen at the “colored USO on Smith Street; finely dressed and giddy couples out on the town for a good time.

“There were all there,” Seals said with a nostalgic twinkle in her eye, sitting in the empty Mark IV with a GUIDE Reporter.

Before Seals gained control of the establishment in 1953, Russell’s Grill was deemed the swankiest place on the strip.

“Because of the stars that were there, we did not appreciate just anyone coming in,” she said.

The dressy and up-and-moving crowd was appreciated.

One strategy used to deter the “unappreciated” was overpricing on beer and drinks. “Other clubs would charge ten cents for sodas, we would charge 25 cents … that would keep the undesirables out.”

Her positions in the establishment gave her a firsthand view of the likes of Billie Holliday.

“She was a snappy, energetic, jazzy person and always in a crowd,” Seals said.

“But she was friendly … always a kind word. I did not detect any troubles she may have had with dope or alcohol.”

Nat King Cole, Seals said, was a “cool dude,” who never spoke in a loud voice. He loved mingling with the crowd … his fans. He had a large entourage around and they were tired when they came in from long road trips. Cole always brought along his own cook to prepare his meals because he had a sensitive stomach, Seals said.

Time has caused her to lose memory of the many other famous folks who frequented the old grill for a bite to eat, a drink and a conversation between gigs.

Seals said after he club’s name was changed to the Mark IV, so was the personality.

“We were the first Jazz club in this city,” she said.

“There was no dancing, just sitting, cocktailing and listening.”

The Mark IV also developed as a trail blazer in many areas of entertainment in Tidewater as well as being one of the choice hang outs for locales and stars who dropped in from partying at nearby night clubs.

In 1953 a sailor friend from Newport, Rhode Island persuaded Seals to “do what the clubs up North were doing” and allow him to D.J. and spin the records. But like other places, I did not want to turn off my juke box because it meant losing money.”

But Seals did try it, and she liked it. Eventually all of the other clubs copied Seal’s brave move.

Saturday at the Mark IV was highlighted by local Jazz, Blues, Rhythm, Rock and Roll bands from 10 in the morning until closing the next night.

Such musical attraction pulled a considerable number of uptown Whites to the club which would accommodate 114 people by law. Often it was people standing in over capacity.

By 1972, the heyday the club experienced in the 50s and 60s was over. Church Street was a commercial wasteland of boarded up buildings and ugly byproducts: poverty and crime.

The club was forced to close.

Although the likes of Billie Holliday, Nat King Cole and Billy Eckstein won’t be around to haunt the new Mark IV, Seals says a new day and traditions are about to emerge for it.

“I know the old buildings and those memories are gone,” said Seals. “But the pride in the club (Mark VI) name and what it means to Church Street are worth saving for future generations.”