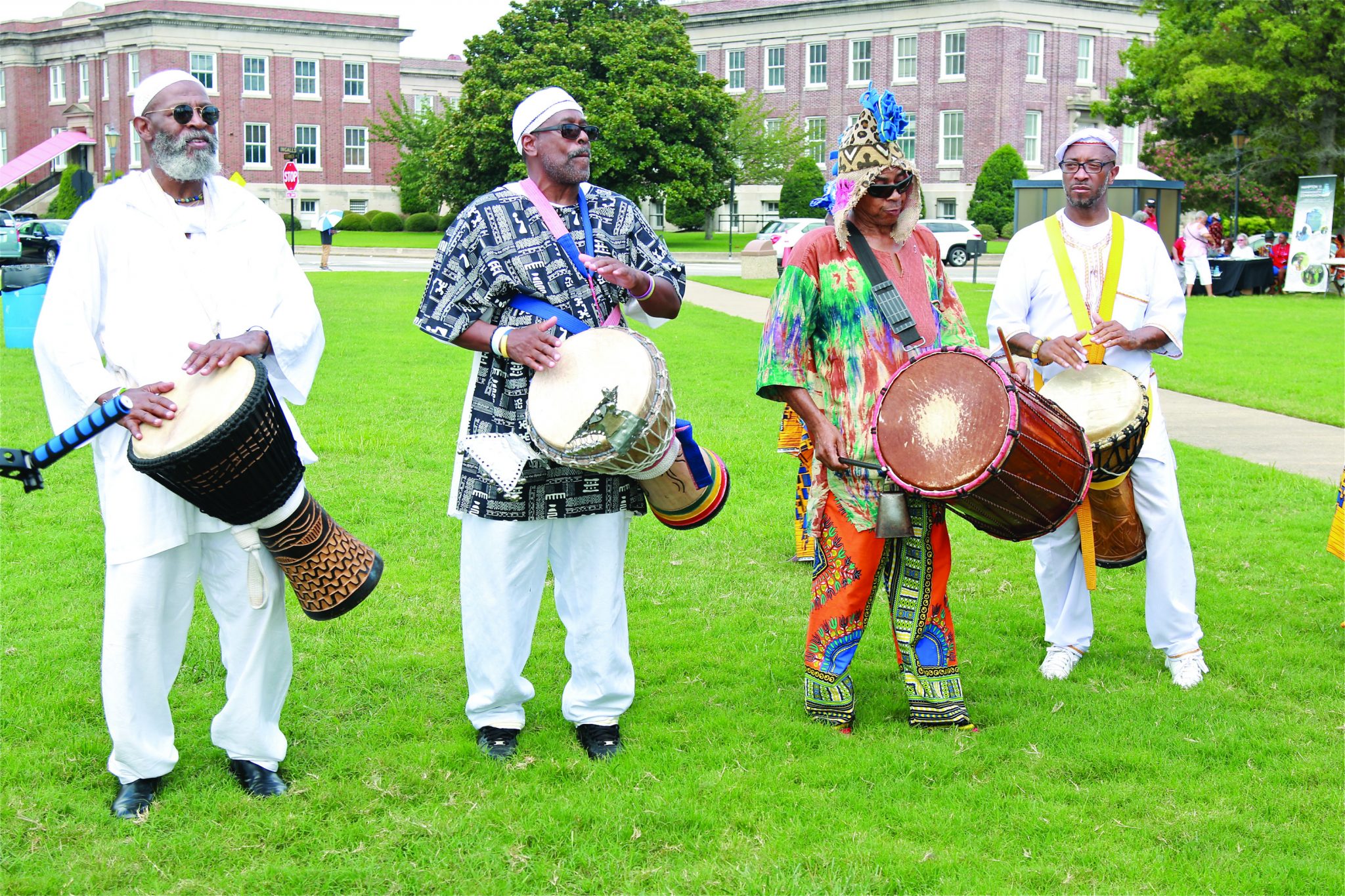 The intensity from the sun was in charge on this early August 19th morning. Approaching 10 a.m., a modest crowd continued to assemble in Continental Park at Fort Monroe, Hampton, Virginia.

During the traditional African Naming Ceremony, African leaders from countries in the Motherland, such as Cameroon and Bein, were represented. The Roots To Glory Tours sponsored this event and gave certificates to those proud individuals who had researched and found they had African roots.

Jannie D. Evans was one of many receiving a new Ancestral name this day. Sierra Leone was the chosen name which mean “Big Mother.” Mrs. Evans, who spends most of her time at Hampton University in the library, is spiritually-driven, community-active, loves the Arts and enjoys promoting education for the youth. The Ancestral process takes about four weeks to complete, so she will receive her documentation from one of the online Ancestral sites.

Each blessed individual received a special certificate certified by the Naming Ceremony Elder denoting their new name…and its meaning. The Cameroon delegation also performed a ceremonial dance of acceptance and joy to the new family members of the klan. With a soft alternating beat in the background, the Nazu & Company, African Dance Group & Drummers along with Upper Bayang Cultural Association Dance Group & Drummers were colorfully in attendance. This helped make the Ancestral Naming Ceremony so successful on a 90 degree morning. (However, despite the temperature of the day, everyone was jamming to the drummers’ beat and kicking up dust as the beat and the body rhythm took control.

The day’s events continued with the 7th Annual “Pilgrimage Prayer” narrated by Dr. Ronald D. Myers, Founder of the National Juneteenth Observance Foundation (NJOF). This is a time when NJOF sets aside a time to pray for Healing & Reconciliation from the Legacy of Enslavement.

Dr. Myers is also the National Juneteenth Chairmen, and is working to make Juneteenth a National Holiday Observance to be observed and recognized on all official calendars. Senator Mark Warner is one of his co- sponsors on this legislation that passed the U.S. Senate unanimously recognizing June 19th as Independence Day in America.

Remember that over 11 million of our ancestry survived the middle passage in the belly of the slave ships which traveled across the Atlantic. Only 6 percent of our ancestry who survived the middle passage came to North America; 94 percent went to the Caribbean, Mexico and South America. So not only does slavery affect the United States, it affects the world … you can understand the need for healing from that legacy, prayer and trusting God.

Just after Dr. Myers spoke, we were treated to a jazzy solo from Newport News’ own Grammy-nominated Trumpet player Everett Hollins. He played two soul-stirring songs; the first being the “Lord’s Prayer,” then “Lead Me On.” Both were head-shaking finger-popping beats with a cheerful sadness that make you want to go home and grab a cool drink and break out the old LP’s.

If you just look around and open your eyes I’m sure you can see the need for healing across the board. Juneteenth is the original Black grassroots organization in the nation dating from 1866.

If you’d like to join the fight to make Juneteenth a National Holiday, legislation is already in place, Senator Mark Warner and Senator Tim Kaine are the go-to representatives for this legislation. The word for today is
Historical
Check it! Use it!